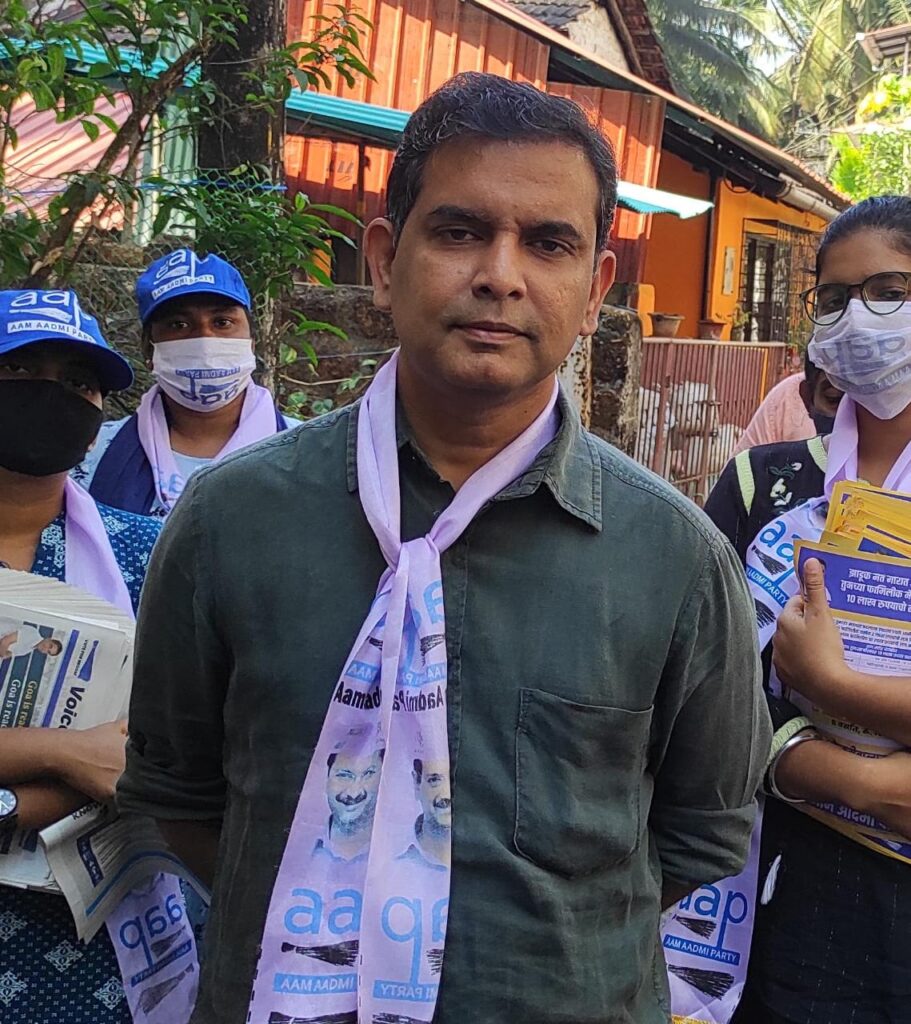 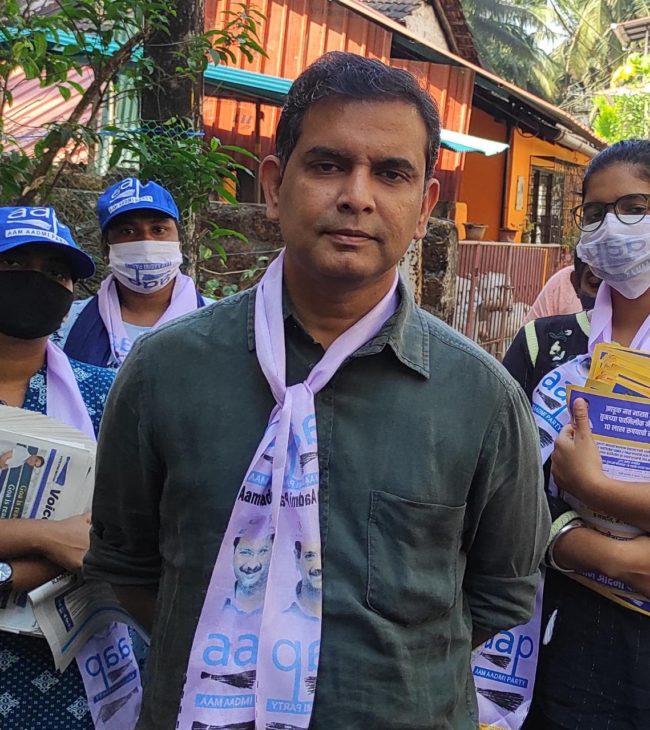 ST CRUZ: Aam Aadmi party Chief Ministerial candidate Amit Palekar’s vision is to develop Goa and St Cruz and make the constituency a better place for Goans.
Palekar claimed to break the chain of failed MLAs totally failed to bring basic amenities in Santa Cruz despite being a suburb.
During a recent interaction with the Goemkarponn during his door to the door election campaign, Aam Aadmi Party candidate Amit Palekar said that the response to him wherever he goes in Goa has been overwhelming.
“There are undercurrents underlined which may not be seen in a survey or with the naked eye as the people are scared of BJP and Congress the way have they have suppressed the people’s voices and their feelings. I think the way things are moving is very positive, especially in the three villages of St Cruz. The response here has been overwhelming because they never saw hope in any candidate before. I think it is going to be a good goal,” said Palekar.
He said St Cruz needs a change in the model of development and the people’s need.
“For last three decades, people of Santa Cruz have seen no development, which you can call a development. There has been just basic superficial development such as roads, etc., done after five years. I think this constituency is crying for the development we are trying to offer,” he said.
Further, when questioned about his reaction on being a Chief Ministerial candidate from being a non-political entity, Palekar stated it requires a willpower and the blessings of the elders and the well-wishers; when these things are there with you, then even the universe conspires to put you on the position you deserve.
“There is a vision for St Cruz and for Goa, and for that reason, Goa is blessing me. I think it is going to be a beautiful journey hereafter for me for my entire life,” Amit opined.
When asked more about his vision, Palekar said I am talking about the vision for Goa and the Goa, which is better for Goa, Goans and Goenkarponn. What is Goenkarponn? It is a development of Goa. It means the goodness of Goa; why are the Goans going to Dubai and abroad for work? Why can’t they work in Goa? It is because there is no opportunity. Do you think they love to do odd jobs they are doing there? I don’t think so. There are families wherein their parents live alone here, do you think do they like doing so? There are old ladies, single ladies staying alone. Do you think they don’t miss their children and vice versa? This is because they don’t have job opportunities here, and govt after govt has failed to provide them opportunities to work here”.
He furthers aid that tall leader like Fadnavis is coming and telling about crores of rupees work done in Goa.
“I invite the CM Sawant and the Fadnavis to walk from one point to another in Santa Cruz and they could see the heaps of garbage piled up. Show what action they have taken on the illegal constructions in the whole constituency,” he said.
He further claimed a secret agenda between the BJP and Congress candidates here.
“Because if I (Amit) wins, then for next 20 years no one would be able to win against him because that sort of work I will be doing, and I have that confidence that I can do it,” he said.