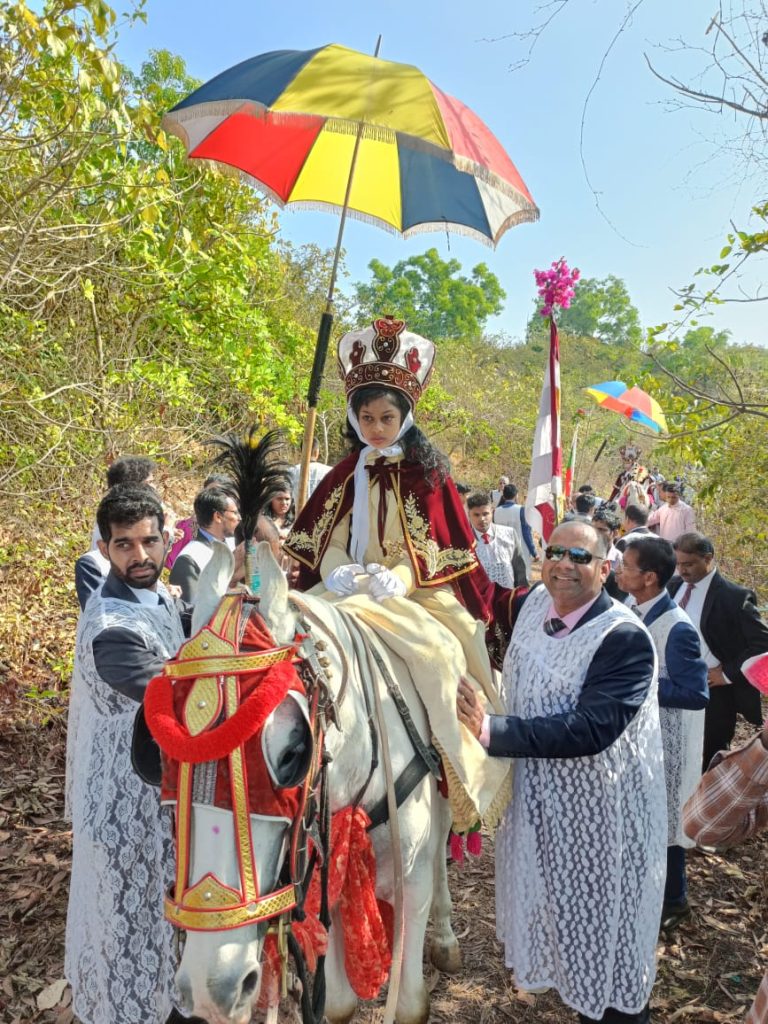 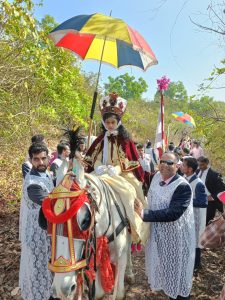 The feast of Epiphany also known as the three kings feast was celebrated with great religious fervour on Friday morning at Our Lady of Remedios Chapel in Cuelim.
It was a special celebration with three children depicting the Three Kings and riding on horses to the Our Lady of Remedios Chapel in Cuelim. The feast Mass was celebrated with great reverence and devotion as devotees offered prayers to seek the blessings of our Lady of Remedios.
This year round , the main feast mass saw a large number of devotees attend the Feast mass and the other regular masses during the Novena and feast. The make shift stalls with various Goan delicacies and sweets were permitted during the feast this year.
As per the feast tradition, 3 young children , one each from villages of Cansaulim, Arossim and Cuelim, representing three wise kings ( who had come following the guiding star to worship the Lord Jesus on the feast of Holy Epiphany ), arrive on horses amidst musical processions through three different paths and meet at some distance away from the chapel.The three young kings then attend the masses at the chapel and return being transformed deciding to follow Jesus Christ .
This year around , Naashon Jaques from Cuelim, Nathaniel Gracias from Cansaulim and Gibson Gomes from Arossim had the privilege to represent the three wise kings during the feast .