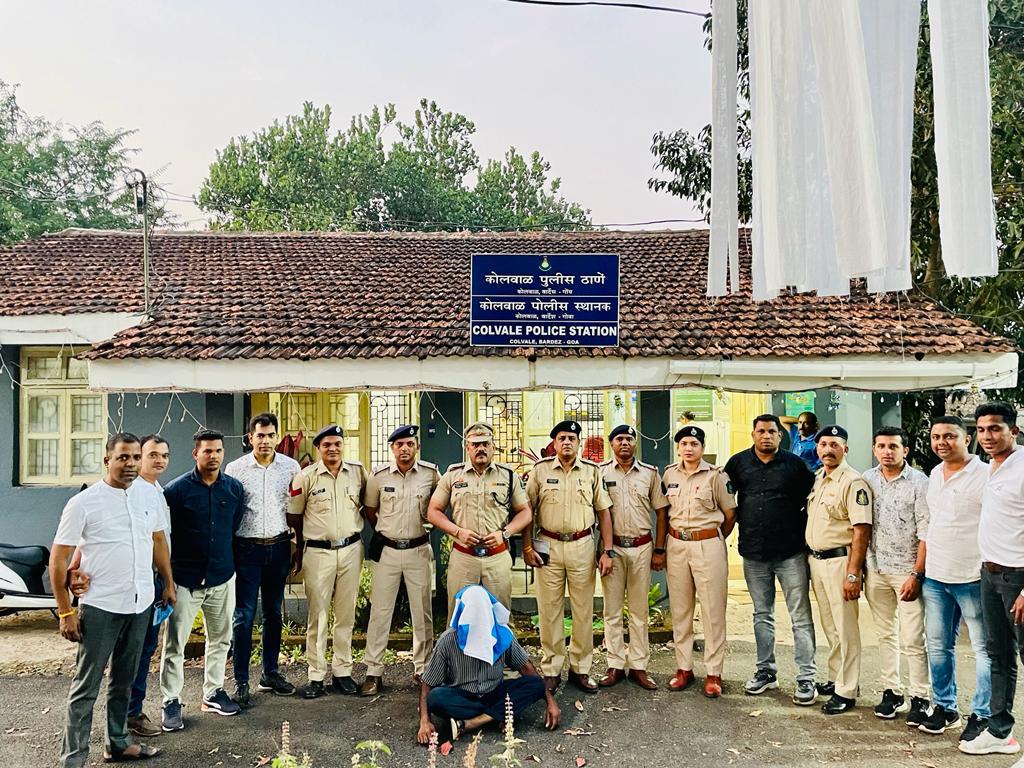 Goemkapronn desk
MAPUSA: The Colvale police have cracked the murder case with the arrest of one Manjunath from Haveri Karnataka.
On November 4, 2022 afternoon, information was received that one dead body was floating in the Well at Dhabadem, Thivim.
The dead body was fished out with the help of Fire brigade staff, and it was found that the dead body was of female age, about 30 to 40 years, with Nylon rope tied with the stone at one end around the waist of the deceased.
Meanwhile, the Post Mortem Examination was conducted, and due to the advance stage of exact decomposition cause of death could not be given by the Police Surgeon.
The Colvale Police Station got the result of a massive manhunt, and finally, a sister of the deceased, namely Renuka Chikarai r/o Thivim, was traced, and she identified the dead body to be of her sister, namely Mrs Yallama w/o Nagappa @ Nagesh Bekinal age 35 yrs r/o Near Saibaba Temple Thivim, a native of Karnataka state. On further investigation, it was revealed that the deceased lady was having a friendly relationship with one Manjunath r/o Duler Mapusa, and there is every possibility that he had killed her.
SP north Shobit Saxena IPS Informed that the deceased’s mobile was analyzed, and Police noted down the movement of suspected murderer Manjunath to be present in Haveri Karnataka, and his full name was found as Manjuppa @ Manju Nhajantri s/o Hanumanthappa Age 39 yrs r/o Haveri Karnataka State.
Accordingly, the team headed by PSI Mandar Parab of Colvale P.S and PC- Mr Prakash Polekar, PC- Akshay Patil and PC Sadashiv Parab was immediately deputed at Karnataka state and today i.e on 07.11.2022 early in the morning accused Manjunath @ Manju rounded up at Haveri Karnataka and brought at Colvale Police Station.
The accused person was interrogated, and he confessed to having committed Murder.
During the interrogation, it was revealed that the deceased and her husband had a verbal argument and the husband left for her native place, Bijapur, Further deceased called her son Akash, age 16 years in Goa, who was staying in Bijapur Karnataka and started staying along with her son in rented rom at Thivim Bardez Goa. On 14.10.2022, the deceased went missing, and the son called his father. The father came and took the son and left for Bijapur, Karnataka.
No Missing complaint was given in this regard. Police are conducting further investigations to find out the motive of the crime.