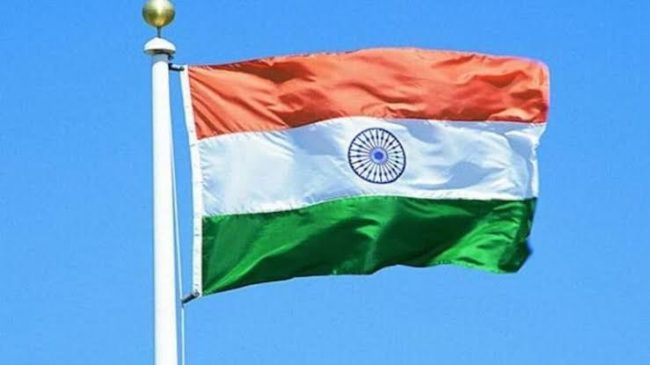 Goemkarponn desk
PANAJI: It is highly disheartening to hear from the Chief Minister of Goa about the damaged Tirangas. This shows the most irresponsible & insensitive behaviour of the BJP Government toward our national symbols of pride. Tiranga Zenda has become BJP’s Dhanda, charged Congress Leader Capt. Viriato Fernandes.
Reacting sharply to the admission of the Chief Minister that almost 2.5 lakhs of Indian National Flags received by the Goa Government were damaged, Capt. Viriato Fernandes slammed the BJP Government, terming it a Damaging Government.
This Government does not know the value of food items, the national flag, national anthem. The BJP is obsessed with making fortunes using national occasions. They are not even sparing Independence Day, stated Viriato Fernandes.
Government must come clean on the expenditure incurred on the purchase of flags. There are reports that the flags are purchased at exorbitantly high rates as compared to the market rates, claimed Capt. Viriato Fernandes. He also questioned the Chief Minister on who was responsible for the damaged flags.
“We want to know the expenditure incurred on the appointment of Event Management and Advertising Agency for executing the publicity of the so-called “Har Ghar Tiranga” campaign of the BJP displaying photos of Prime Minister Narendra Modi and Chief Minister Dr Pramod Sawant. We suspect a big scam in it,” claimed Capt. Viriato Fernandes.
“We want to question the Government if the hoardings put up all along the National Highway are legally permitted or the BJP Government is using all illegal methods to gain publicity and make fortunes by taking commissions from the agencies? We demand that Collectors should take cognisance and remove all illegal hoardings immediately as the act of displaying Tiranga on illegal hoardings is an insult to our national flag,” said Capt. Viriato Fernandes.