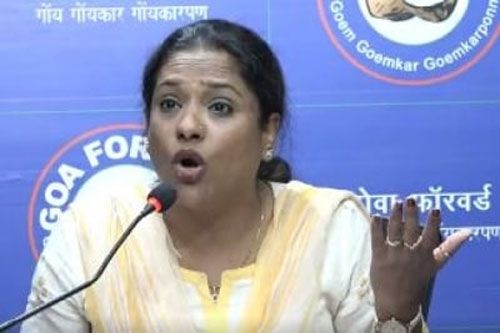 Goemkarponn desk
PANAJI: Panaji, Aug 16: Reiterating its demand to establish toilets at every 3 to 5 km distance for women to reduce risk of urinary tract infection, Goa Forward Party has asked the state government to use funds allotted under ‘Swachh Bharat Mission’ for this purpose.
Goa Forward Vice President Adv. Ashma on Tuesday addressed press conference here and said that the Goa Forward Party has written to the government to construct toilets across Goa, so that Goans and tourists, especially women, have access to clean and hygienic toilets across Goa along the Highways and district roads.
“The government should utilise part of the Rs 100 crore allocated to Swatch Bharat Mission-Gramin and Rs 37 crore allocated to Swachh Bharat Mission (Urban) for this purpose,” she said.
Goa Forward has questioned the government about where this fund was used and has asked to clear it in public domain.
“It is a basic necessity to establish toilets and hence the government should work on it,” she said.
Adv Ashma cited various judgments where the court had asked state governments to provide basic amenities to the citizens on the Highways, while ensuring that their right of sanitation and basic amenities is not defeated.
“We have written a letter to the Chief Secretary in this regard. If the government fails to establish toilets in Goa, then we will approach the High Court to seek direction,” She said.
Ashma said that working women in the state are suffering due to not having public toilet facilities in many areas.
Goa Forward Party MLA Vijai Sardesai, in the last assembly session had demanded to establish toilets at every 3 to 5 km distance for women.
“Women commission should direct the Public Works Department to establish toilets. Nowadays, women who travel don’t drink water because there are no toilets. Even if they are there (at some places) they are not clean. Because of this urinary tract infection happens,” Sardesai had said.