Why is Dr Andre, who certified Siddhi’s death as “drowning” on Medical Board to review the cause of death? 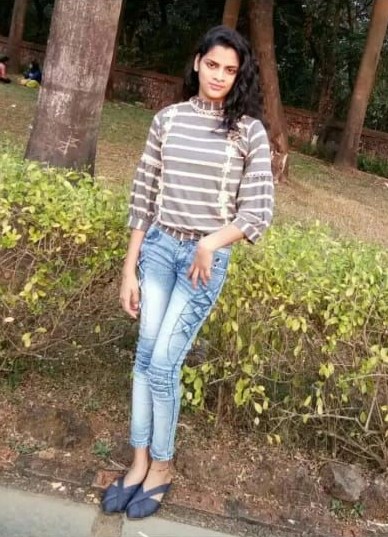 SURAJ NANDREKAR/ Goemkarponn
PANAJI: Even as the suspense over Siddhi Naik’s death case continues, the role of teh police and the doctors has come under a cloud of suspicion.
While almost 25 days after the death of 19-year old Siddhi, working in Porvorim, the police have no clue. The father has officially lodged a complaint with the Calangute police of murder.
He has substantiated his claim with observation in the postmortem report, which was conducted under the supervision of Dr Andre Fernandes.
Now interestingly, based on the father’s complaint and a subsequent letter from Calangute police, the Goa Medical Colege on Saturday formed a three-member Medical Board to review the cause of Siddi Naik’s death.
GMC Dean Dr Shivanand Bandekar has formed a three-member board that included professors.
The Board members are – Dr Wiseman Pinto, Professor HoD of Pathology Dept cum Dean faculty of Goa University, Dr Guruprasad Pednekar, Professor HoD OBG dept and Dr Andre V.Fernandes, Professor Forensic Medicine, GMC.
What has shocked everyone is Dr Andre was the professor under whose supervision the postmortem was conducted on August 12, which had termed the death due to drowning.
Now, how can a doctor whose department has already termed teh death as drowning overturn it? Asked one medical expert, speaking to Goemkarponn.
“A review is something, which has to be carried out by experts, who do not have a conflict of interest. Here Dr Andre himself has given the report, and how can he say it was wrong? It is but natural that the review of Medical Board would be the same result,” said the expert.
Another doctor mentioned that are several forensic experts in Goa; “the medical board review has to be impartial, and as such, I doubt the outcome would be any different from what was said on August 12, when postmortem was first conducted on Siddhi Naik’s body.”
The experts felt that even if the police had not asked for the vitals to be preserved for further investigations, the GMC Forensic department should have taken the initiative.
“The condition in which body was found with no clothes itself should have triggered doubts in any doctor’s mind. This was sheer negligence from both police and the doctors, who conducted the postmortem,” he said.
To add insult to injury, the same doctor, who is head of the forensic medicine department, is on the medical board, he added.
“How can we expect justice in the case?” he asked?