Will Arlekar beat Sawant, Rane in the race to CMs chair? 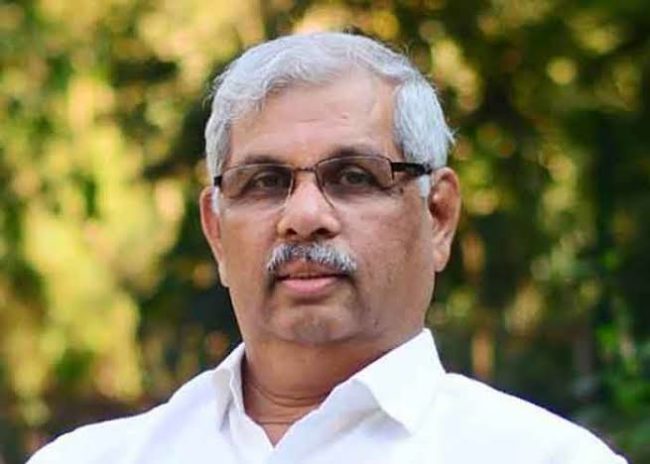 PANAJI: In an interesting development, Himachal Pradesh Governor Rajendra Arlekar will land in Goa on March 22, a day after the crucial Bharatiya Janata Party meeting on March 21, 4 pm.

Even though the BJP High Command is in talks with both aspirants – Caretaker CM Dr. Pramod Sawant and Vishwajit Rane, both may not get the party top brass nod. CM Sawant returned from Delhi this morning while Rane was still staying put in Delhi till evening.

The BJP President Sadanand Shet Tanavade said that the meeting would decide the BJP Legislative leader and the so also the decision on alliances.

Now what has raised eyebrows is the entry of HP Governor Rajendra Arlekar.

Sources said Arlekar is scheduled to arrive in Goa on March 22, a day after the crucial meeting.

Another critical point, according to sources, is that Arlekar has served the RSS for a long time, and also, he is a senior leader who can control the flock.

The BJP has won 20 seats while MGP (2 MLAs) and three independents have extended their support to BJP. The party’s strength is now 25. Besides, there are unconfirmed reports of goa Forwards Vijai Sardesai joining the government.

With MGPs Sudin Dhavalikar and Vijai Sardesai joining the BJP govt, which is crucial for the party ahead of the 2024 Parliamentary polls, to win the South Goa seat, BJP top brass isn’t comfortable naming Sawant as the CM.

In 2019, Sawant had sacked Sudin and Sardesai from the Cabinet.