Will Lotus bloom in Canacona again after 2017 loss? 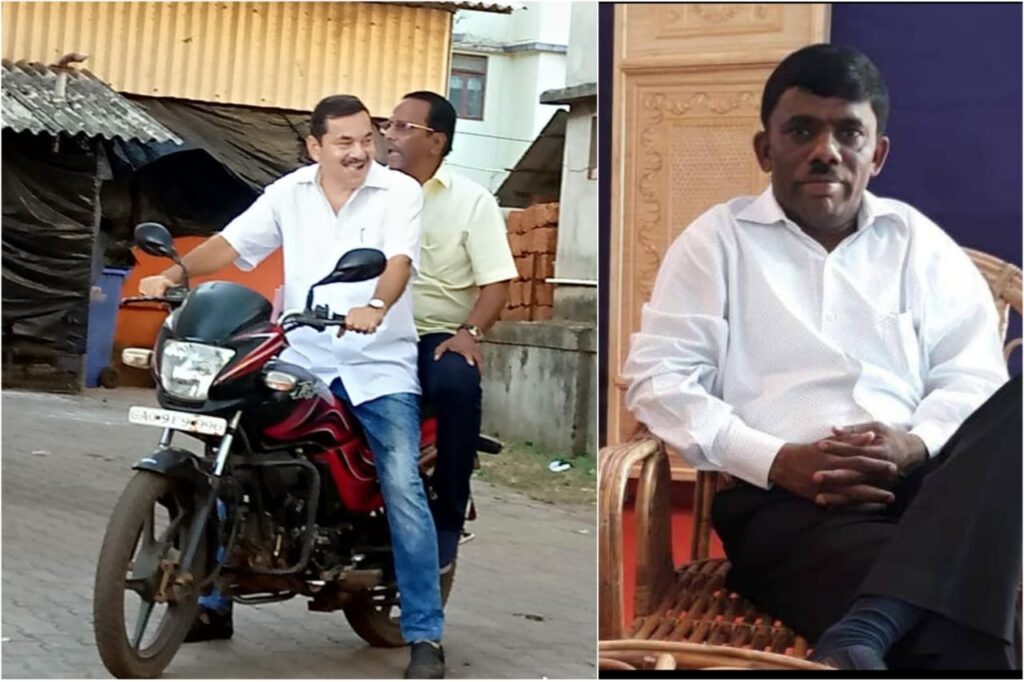 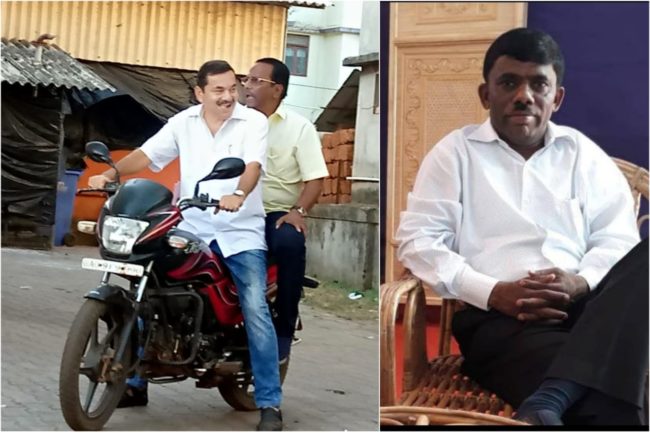 CANACONA: With the countdown ticking down to the eventual Counting Day, preparations and aspirations scale new heights in Canacona.
Questions are asked as to whether ex-minister and ex-BJP rebel of 2017 assembly elections Ramesh Tawadkar, now strongly back in BJP saddle, is going to upset the applecart of Isidore? or will Ex-Canacona MLA Vijay Poi Khot be able to take his revenge on Tawadkar?
Poi Khot is, however, on a two-way mission of revenge on Tawadkar either to win (which looks like a distant dream) or help divide Tawadkar’s vote share and contribute to his defeat. Either way, for Poi khot, it will be sweet revenge on Tawadkar, who in the 2017 assembly elections divided BJP votes to defeat Poi Khot and help Isidore to become a third time MLA.
On the other hand, Tawadkar, with a strong high command backing but a divided house in the Constituency, is looking forward to wresting back the seat he had represented in 2012 and in 2022 become a fourth time MLA (including a bye-election in 2005).
Canacona is, however, much looking for a close fight of the Titans, with many wondering whether the return of Isidore Fernandes as a fourth-time MLA will be a reality.
Fernandes, credited with the ‘man-of-action’ tag for his all-around performance as an MLA, is highly spoken about breaking the ice to win Canacona for the second time amidst division of votes between 7 others.
All the eight candidates who contested the only assembly seat of the southernmost Canacona constituency bordering Karnataka are already prepared with the eligible list of agents to represent them in the counting hall, besides the candidates themselves.
Congress candidate Janardhan Bhandari, BJP candidate Ramesh Tawadkar, Trinamool Congress (TMC) candidate Mahadev Dessai, Revolutionary Goans Party candidate Prashant Pagi, Aam Admi Party candidate Adv Anoop Kudtarkar, Independent candidates Isidore Fernandes, Vijay Poi Khot and Kanay Pagi are the eight candidates who have fought the Canacona constituency Assembly elections for which polling was held on 14th February ‘2022 and are awaiting results with the other 39 constituencies this coming Thursday (10th March).
Interestingly, at least two of the eight candidates are so confident of their victory that they have not only made arrangements and kept everything ready for a victory rally but had almost made preparations for a lavish party for which Goats are booked, and the band is kept ready, but are known to have prepared a list of office staff, members/directors to be appointed on various boards once got the ministry.
In the 2017 Assembly elections, Congress candidate Isidore Fernandes, polling 10853(38.50%) votes has, defeated BJP’s Vijay Poi Khot(polled 8745 votes-31.02%) by 2108 votes. Then independent candidate Ramesh Tawadkar polled 7731 votes (@27.46%) and stood at third place. Out of the eligible 33,233 votes, 28,187 (@84.81%) votes were polled in the 2017 election.
In the 2022 Elections, out of the eligible 34242 voters, 29283 (@ 85.41%) has cast their votes on different platforms. Votings at 59-Polling Stations-28114, House-Voting of Above 80 years of age and Handicapped- Out of the pre-applied above 80 age voters-276, 266 have voted 6 voters were reported dead, and addresses of 3 were not found while 1 seriously ill was in admission at GMC), 63 have voted from the handicapped/Daivyang category, while in anticipation of all the cast of all eligible 840 postal ballots, an average of 29283 have cast their votes at 85.41%, which incidentally is just 0.60% more than the votes polled in 2017 Assembly Elections.
Now, with at least four candidates vying for votes beyond the 8500 mark, questions are being asked will these 8500 votes turn out to be winning margin, and who is the candidate going to garner that supposedly magical figure?
With approximately 29283 votes are expected to be taken up for counting on Thursday, will the winning margin of the eventual winner will be as thin as Home-cast votes (80+age-266 +Daivyang-63) 329 or will it be a little high as to the number of Postal ballots (840).
Political pundits deny any one-way wave ever witnessed during campaigning or polling. However, they opine that excluding one candidate (believed to be non-too serious), major portions of polled votes would be shared closely by at least four of the remaining seven candidates.
Considering this equation, the forefront candidates in the fray to pull off the victory are independent candidate Isidore Fernandes and BJP’s Ramesh Tawadkar. Both candidates are expected to poll votes beyond the 8000 – mark in all probability while considering the voting pattern witnessed during polling.
However, these two, Fernandes or Tawadkar, who can breach the 9000 votes or even reach closer to 9000-mark, could become a winner and be the next MLA of Canacona, with the winning margin possibly less than 500 votes.
Under the circumstances, Congress candidate Janardhan Bhandari and Vijay Poi Khot are not expected to cross 4000 votes share.
That leaves near about 3000 votes for the rest of three candidates, out of which TMC’s Mahadev Dessai is expected to garner a major share of about 1500 votes, while AAP candidate Adv. Anoop Kudtarkar and RGP candidate Prashant Pagi share the remaining 1500 votes.