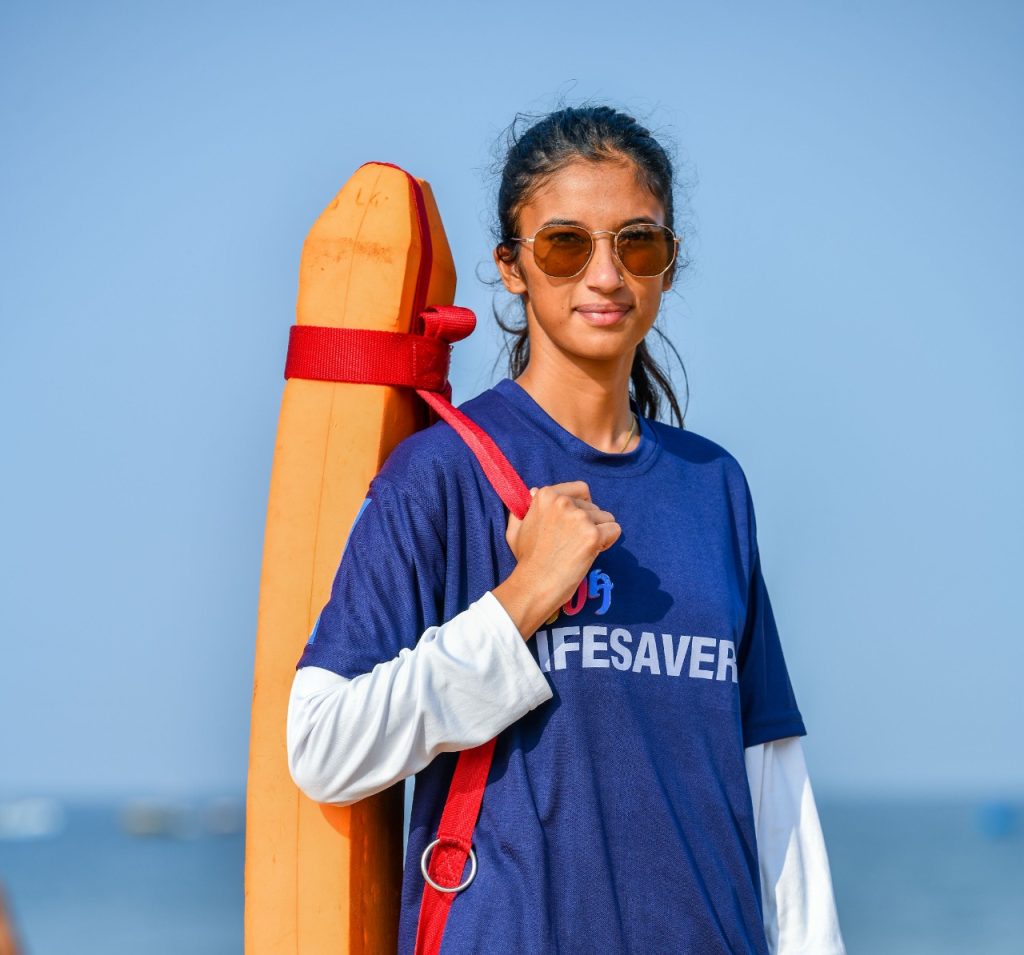 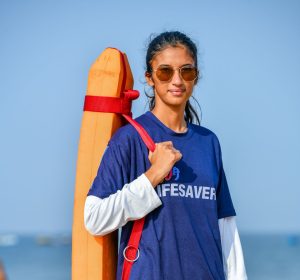 PANAJI: Ananyaa Bath, a woman lifesaver from Drishti Marine, was involved in a successful rescue operation at Benaulim Beach.
The rescued person was a 40-year-old female tourist. Ananyaa Bat is one of five women lifesavers on the lifesaving team that conducts daily rescues and other beach-related tasks.
A family on the beach was located close to the shore, when two of the family members who were under the influence of alcohol decided to venture deeper into the sea.
While the two sisters were out in the deep waters, a sudden huge wave knocked one of the sisters over. She was temporarily submerged and took in water through her mouth and nose, which led to her suffocation.
The other sister with her witnessed her struggle and began shouting for help. On noticing the commotion, Ananya Bhat and two other lifesavers Punu and Subhash, who were stationed at the nearest lifesaver tower, rushed to their rescue using equipment such as a rescue board and rescue tube. The two sisters were safely brought to shore. The person who was knocked over by the wave was having immense difficulty in breathing. Ananyaa, the female lifesaver carried out CPR and cleared her airway, bringing the individual back to a recovery state. The victim was subsequently handed over to the emergency services for further examination.