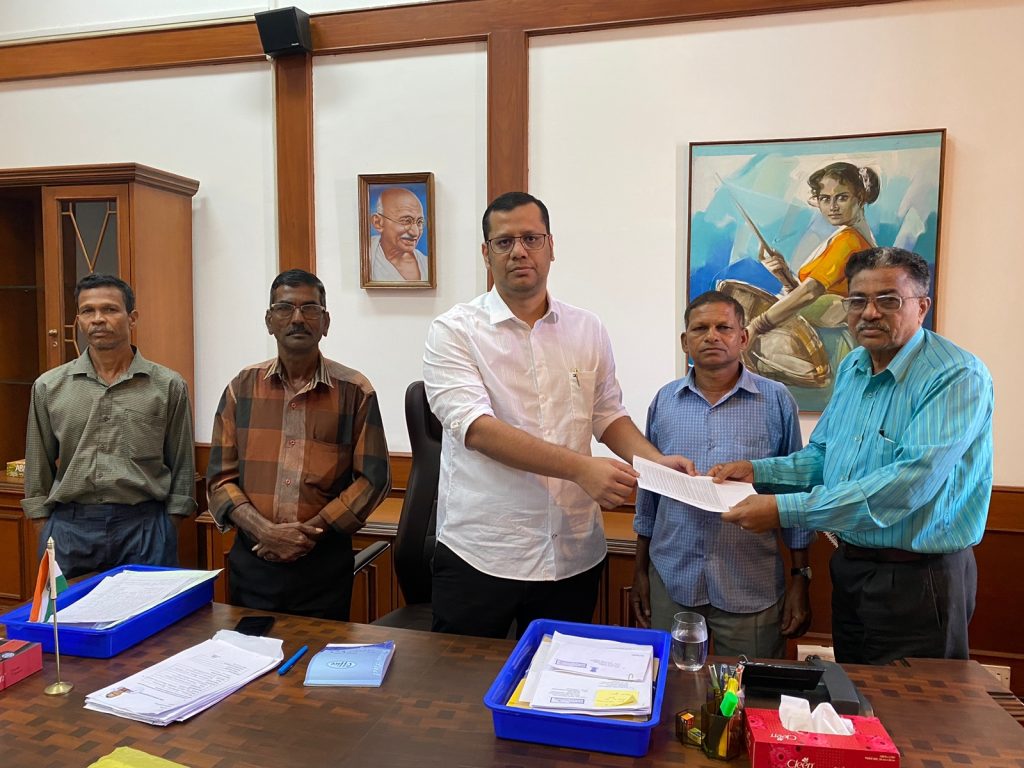 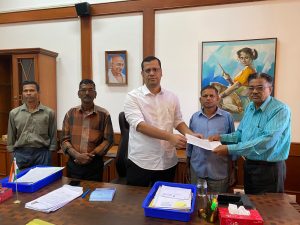 Goemkarponn desk
PANAJI: “Sanjeevani Sugar Factory was the visionary project of the first Chief Minister of Goa, Late Dayanand Bandodkar, to encourage Farming in Goa. We will not allow BJP Government to destroy the legacy of Bhausaheb & hand over the Factory Land to Real Estate Mafia,” warned Leader of Opposition Yuri Alemao.
“I have assured Sugarcane Farmers who met me today to raise their issue in the upcoming Assembly Session. Chief Minister must consider their demand for an Ethanol Plant & also pay them their pending Compensations immediately,” stated Yuri Alemao.
Today a Delegation of Gomantak Shetkari Sanghatna met LoP with a Memorandum highlighting their issues. One of their demands is to set up an Ethanol Plant at Dharbandora.
“This plant will help the Sugarcane Farmers as Sugarcane is one of the main ingredients for the production of Ethanol. I completely agree with their viewpoints and will put up the demand before the Government to resolve their issues on topmost priority,” said Yuri Alemao.
He added, “I have information that the BJP Government is trying to hand over almost 7 lacks square meters of land from the total 15 lacks square meters of land to Real Estate Lobby. There are some Ministers, MLAs and Office Bearers of the BJP who have an eye on this land. This land should be used only for the welfare of Farmers.”
It is shocking that the BJP Government has now backtracked on its own assurance of paying compensation to the Sugarcane Farmers after the closure of the Sanjeevani Sugar Factory. In a way, the Government is discouraging the Sugarcane Farmers to stop Sugarcane Farming, claimed Yuri Alemao.