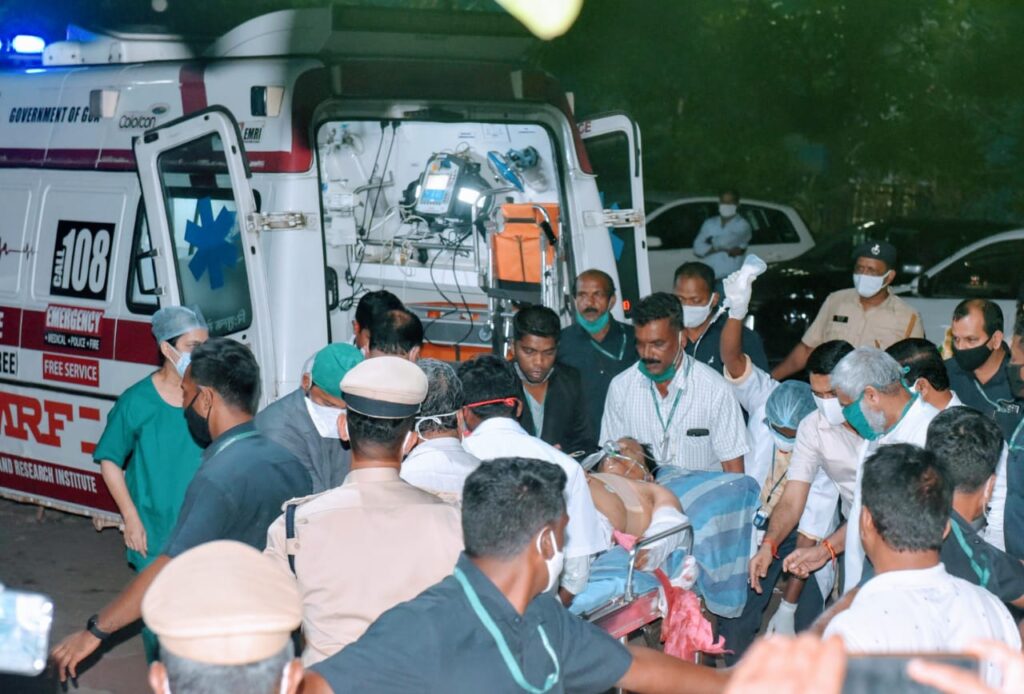 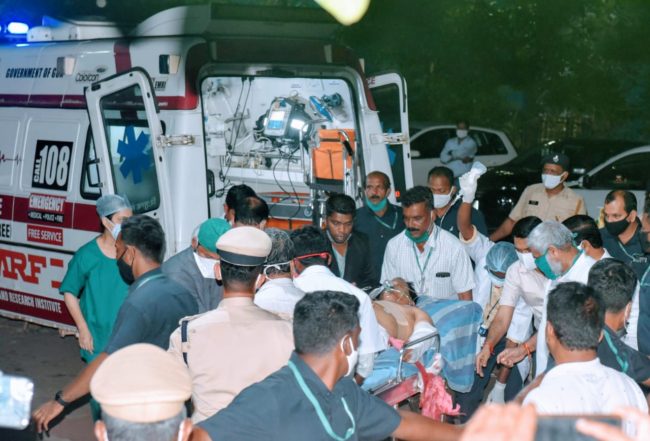 BAMBOLIM: Chief Minister Dr Pramod Sawant today informed that four surgeries had been performed on Union Minister for AYUSH Shripad Naik since yesterday night and that his condition is now stable.

“So far total four surgeries performed; he is stable for now; further line of treatment will be decided by the doctors now,” said CM Sawant

He further said the Defence Minister Rajnath Singh will be landing in Goa at around 1pm in the afternoon to take stock of the situation and discussion will be done on further course of action.

Union minister of state for defence Shripad Naik was injured late on Monday, while his wife Vijaya died after the car they were travelling in met with an accident at Hosakambi village of Ankola taluk in Karnataka’s Uttar Kannada district. Officials said that Naik’s close aide and RSS pracharak Deepak Dube has also been killed in the accident.

“All the parameters and vitals are normal of Shripad Bhau; total four surgeries have been performed between 2.30am to 7.30am; he has responded well to treatment; he personally spoke to me,” said GMC Dean Dr Shivanand Bandekar

“In next half an hour we will take a call whether to seek expert medical aid to Bhau, review with doctors will be held in presence of Union Defence Minister Rajnath Singh who will be arriving in Goa today; Bhau is currently in Cardiac Care Unit,” said CM Sawant