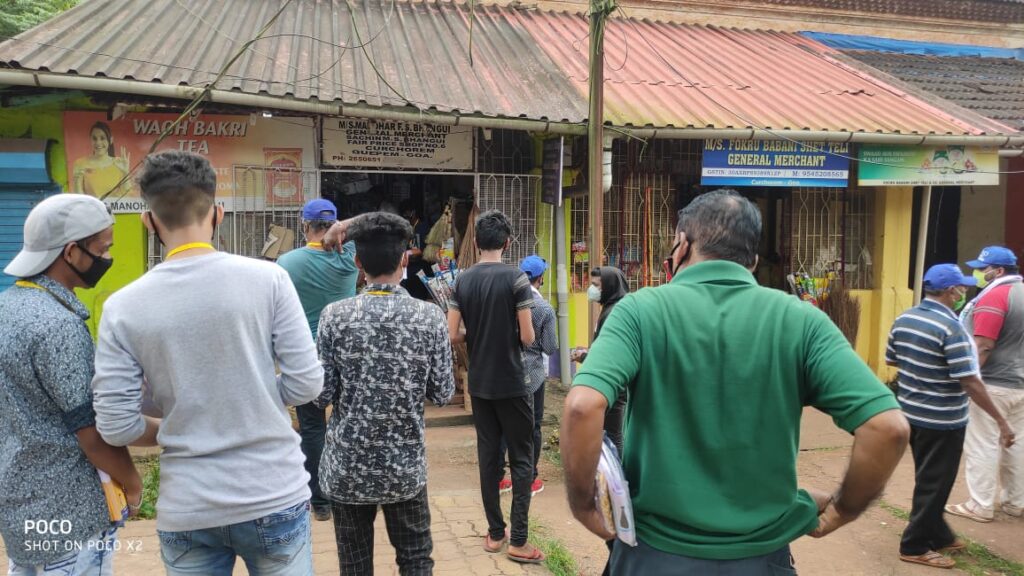 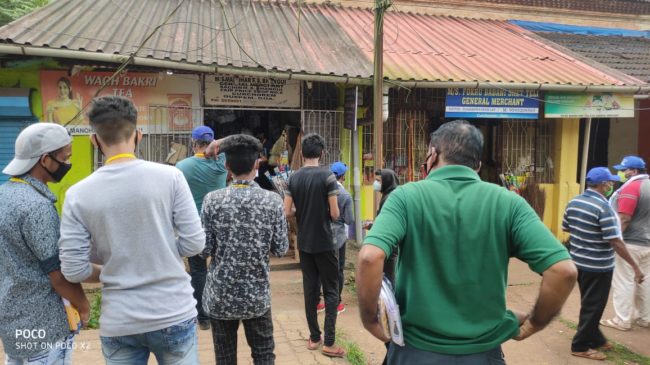 Goemkarponn desk
CURCHOREM: The AAP volunteers have started a full-fledged campaign in the Power minister Nilesh Cabral’s constituency in Curchorem.
The volunteers said that teh AAP’s free power promise has become a huge hit.
The volunteers are seen moving around in every house, even in rains.
When asked what motivates them, they replied that the response of the voters gives them the energy.
Volunteers interact with the people. They say voters are just waiting for new policies and plans adopted by Aam Admi Party in reality & get some relief from rising inflation.
They say, in general, most of the voter’s think that there should be a change and Fresh Faces must now enter the arena.
AAP in-charge Gabriel Fernandes, popularly known as Gabby in Curchorem, can be seen leading the Team of Volunteers Day in and Day out.
He believed that people have suffered enough during Lockdowns, and only a people’s Government can understand the Day to Day woes of the common men.
For once, people need to break from professional politicians; they must be tired, said one passerby on condition of anonymity.
“Youth are only fooled during elections with sports and other activities to fulfil political ambitions,” said Gabby.
AAP Councillor Clementina Dolly Fernandes was of the opinion that now there should be no compromise when it comes to voting irrespective of election goodies offered by the politicians.
“Midnight distribution of money is an open secret the night before elections, but vote wisely whoever you want,” he said.