AAP candidates cast their votes in Goa; hopes to form next government 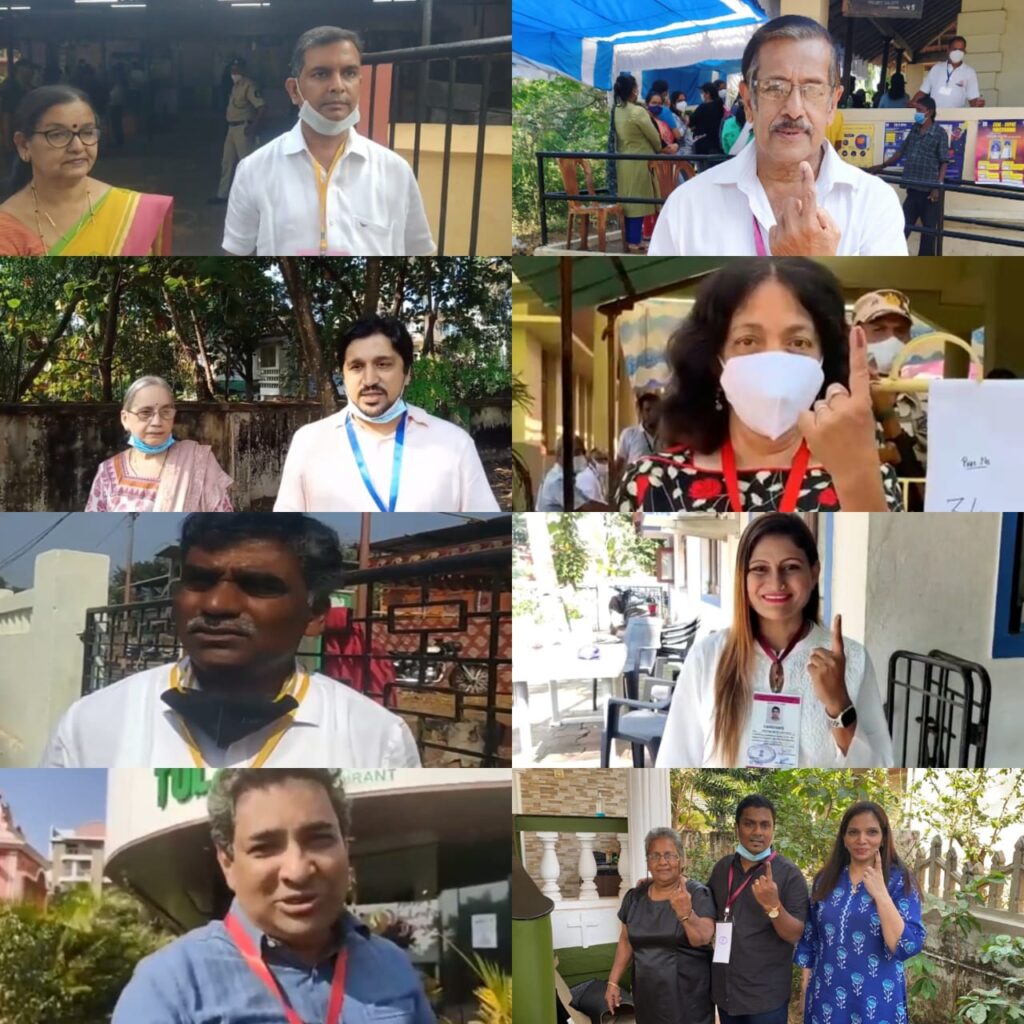 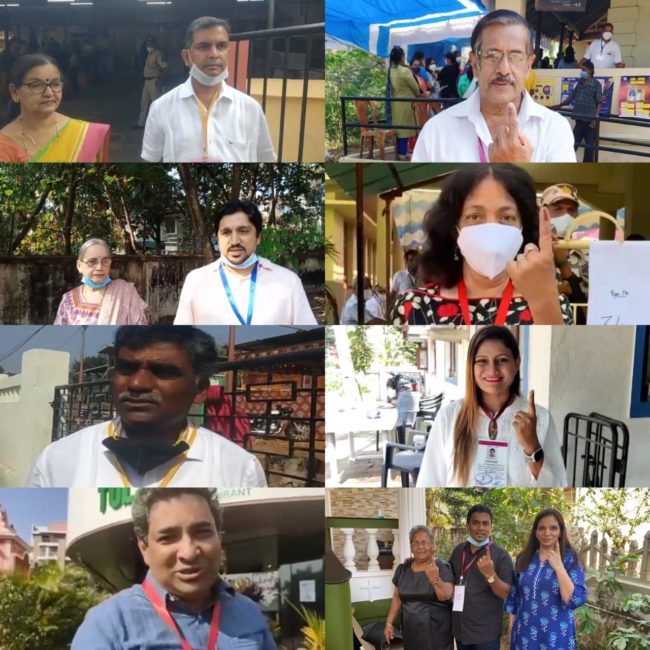 The Aam Aadmi Party’s candidates voted in the Goa Assembly elections on Monday, and they expect to form the next government.

AAP’s Goa Chief Minister candidate Amit Palekar casted his vote from St. Cruz constituency. He was accompanied by his mother Jyoti Palekar. Confident of bringing about a change, Palekar said, “Goans are voting enthusiastically to defeat corruption, we will witness a sea-change. Let’s wait for March 10 results”.

He said, “In St. Cruz, I have seen a large number of people casting their vote and I believe this indicates people are eager to change the future of the constituency”.

Adding he said, “It is well known that gundagiri exists in the St. Cruz constituency. The police machinery, flying squads and all other machinery failed to help them. I had to step in to assist them. The government is abusing police machinery and creating obstacles to fair and free elections in St. Cruz. The people of St. Cruz are fed up with this gundagiri. If AAP is elected, I promise to end it”.

AAP Mapusa candidate and Goa Convener Rahul Mhambre said, “In door-to-door campaigning, we have learned people are fed up with the current MLA and believe AAP is the viable alternative. I believe Goans will elect a party that will provide good governance”.

AAP Shiroda candidate Mahadev Naik said, “The Shiroda people know what is best for them. I am confident that AAP will win. Shiroda youth are excited about AAP’s employment guarantee since they have been disappointed by many parties in the past few years. Due to the fact that AAP has created many jobs in Delhi, youth in Shiroda are confident that AAP will bring change to their Constituency”.

Tired of previous MLA the Benaulim people are looking forward to AAP to form the next government. AAP Benaulim candidate Captain Venzy Viegas casted his vote along with his family. He said, “As the Benaulim business community has tired of ‘Haftagiri’ and ‘Dadagiri,’ I promise them that if AAP is elected I will create an environment that is conducive to business”.

AAP Candidate from Cortalim Alina Saldanha said, “I am confident because I think the Goan electorate knows what is best for them and who can rely on. AAP is the choice of common people. I have full confidence that AAP will be able to win and provide good governance to Goa and to its people”.

AAP Navelim candidate Pratima Coutinho said, “People in Navelim have seen who came to their aid during the pandemic, and who spoke on their behalf. I am confident they will vote for a change this election”.

The AAP has fielded 39 candidates to contest the election. After receiving huge support throughout AAP’s campaigns, all 39 candidates are expecting that AAP will win with a majority.