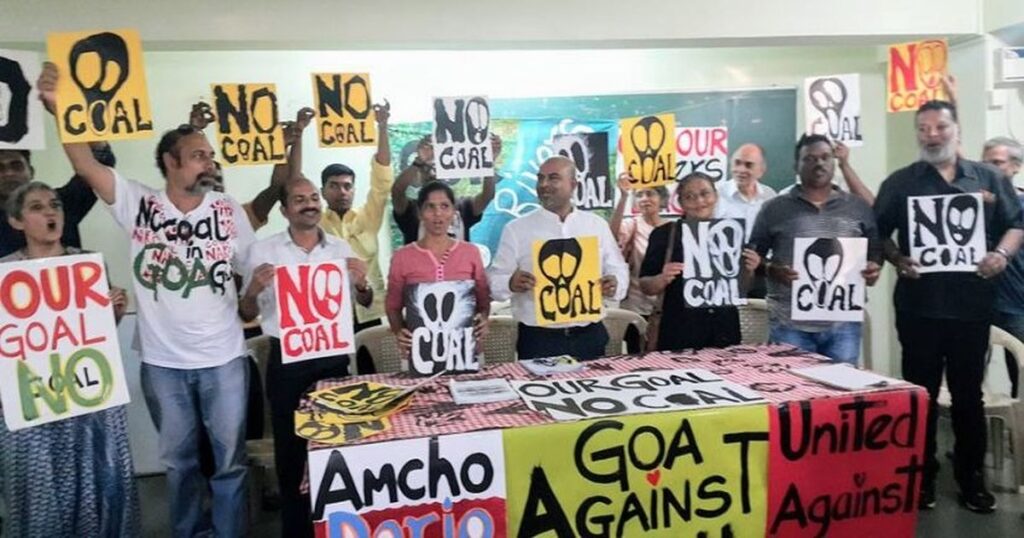 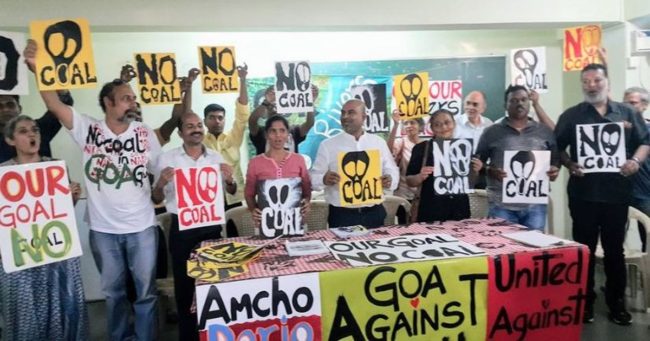 Contrary to Adani Groups’ claims on social media last month that it had no stake in SWR double-tracking and highway 4-laning projects, records available in the public domain imply otherwise. Adani Mormugao Port Terminal Pvt Ltd.’s (AMPTL) statements before the Tariff Authority for Major Ports (TAMP) make it apparent that enhancement of road and railway infrastructure on the Goa – Karnataka corridor are critical to achieving full potential of its current coal/coke handling operations at MPT.

AMPTL, a subsidiary of Adani Ports & SEZ Ltd, entered into a 30-year concession agreement with Mormugao Port Trust (MPT) on 22nd September 2009 for development of 7.5 MMTPA coal terminal at Berth no. 7 of Mormugao Port on DBFOT basis. Commercial operations commenced in June 2014. However, within five years, AMPTL approached MPT claiming that its unit had turned into a “stressed PPP project” for the years 2017-18 and 2018-19 in terms of criteria established by Ministry of Shipping (MoS) entitling it to rationalization of storage charges etc. It also sought increase in free storage period from 15 days to 25 days. MPT referred the proposal to TAMP for approval last August.

TAMP’s recent tariff notification dated 25th November 2020i exposes AMPTL’s claim. The order quotes AMPTL as saying that “the underutilization of capacity is not on account of any defaults or deficiencies on the part of AMPTPL in the discharge or storage or loading of cargoes but solely on account of the lack of availability of railway rakes, lack of a four-lane highway and restrictions imposed by MPT on road transportation of coal”.

Substantiating its claim of being a “stressed PPP project”, AMPTL alleged that “telescopic storage charges at Berth No.7 of MPT are excessive and unviable given the challenges in respect of availability of sufficient and adequate cargo evacuation means on account of lack of railway rakes, permission for limited hours of road transportation operations and absence of a 4-lane bypass highway”.

Kindly note that lack of railway rakes is a consequence of the single rail track.

MPT had projected a capacity of 7.50 MMTPA in the DPR for the coal terminal at Berth no. 7 based on assumptions of completion of 4-lane highway and double-tracking of the Goa Karnataka rail line. AMPTL alleged a negative return on capital employed for the reason that MPT specifications for the Coal Handling Terminal were disproportionately excessive to the evacuation constrained use-case.

While countering MPT’s submissions at the recent TAMP hearing, AMPTL reminded MPT of its statements quoted in earlier TAMP tariff notification dated 20th August 2008 that it was investing huge amounts in construction of flyover and four-lane road for quick evacuation and that MPT has ascertained that railway capacity in the Goa-Karnataka corridor was likely to increase substantially over the next 5 to 7 years, and countered that:

“Quite contrary to these assumptions and representations . . . even after 12 years the flyover and the four lane road which were promised by the MPT to be completed by 2010 are not available and the railway rakes conditioned on an increase in railway capacity in the Goa Karnataka corridor are also not available in sufficient numbers. As a result, the evacuation of cargo and, thereby yard capacity and therefore in the ultimate analysis the terminal capacity are severely constrained”.

Hence, AMPTL has a vested interest in augmentation of evacuation infrastructure not only to achieve the projected coal/coke cargo target of 7.50 MMTPA as per the DPR, but to create favourable conditions for further capacity enhancement as well.