Adv Aires says, order on Silly Souls to be challenged in High Court 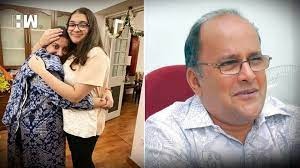 PANAJI: Adv. Aires Rodrigues has today stated that he would challenge before the High Court the order passed by Goa Excise Commissioner Narayan Gad on his complaint on his over the illegally obtained liquor licence by the now controversial ‘Silly Souls Café and Bar’ in Assagao allegedly run by the family of Union Minister for Women and Child Development Smriti Irani.

Adv. Rodrigues has stated that the Excise Commissioner, in his order, had totally overlooked the fact that the Excise licence was obtained by submitting false and inadequate documents and by misrepresenting facts while there were also glaring procedural lapses on the part of Excise officials.

Adv. Rodrigues had further stated that the Excise Commissioner had conveniently ignored documents submitted to the effect that the property where Silly Souls Café & Bar is located was leased to Eightall Food and Beverages by Anthony D’Gama with effect from 1st January 2021 for a period of 10 years at a monthly rent of Rs 50,000   and that on 05th January 2021 when Anthony D’Gama applied for the Excise Licence the premises was already leased out to Eightall Food and Beverages which is operating in partnership with Ugraya Mercantile Pvt Limited of which Zubin Irani the husband of Smriti Irani is a Director.

The petitioner stated that documents were also submitted that the GST No 30AAIFE7039H1ZM used by Silly Souls Café & Bar was also in the name of Eightall Food and Beverages as well the Food & Drugs Licence too.

He has stated that it was anguishing that the Excise Commissioner chose to ignore the records before him and act as a caged parrot of his political bosses to shield Smriti Irani.