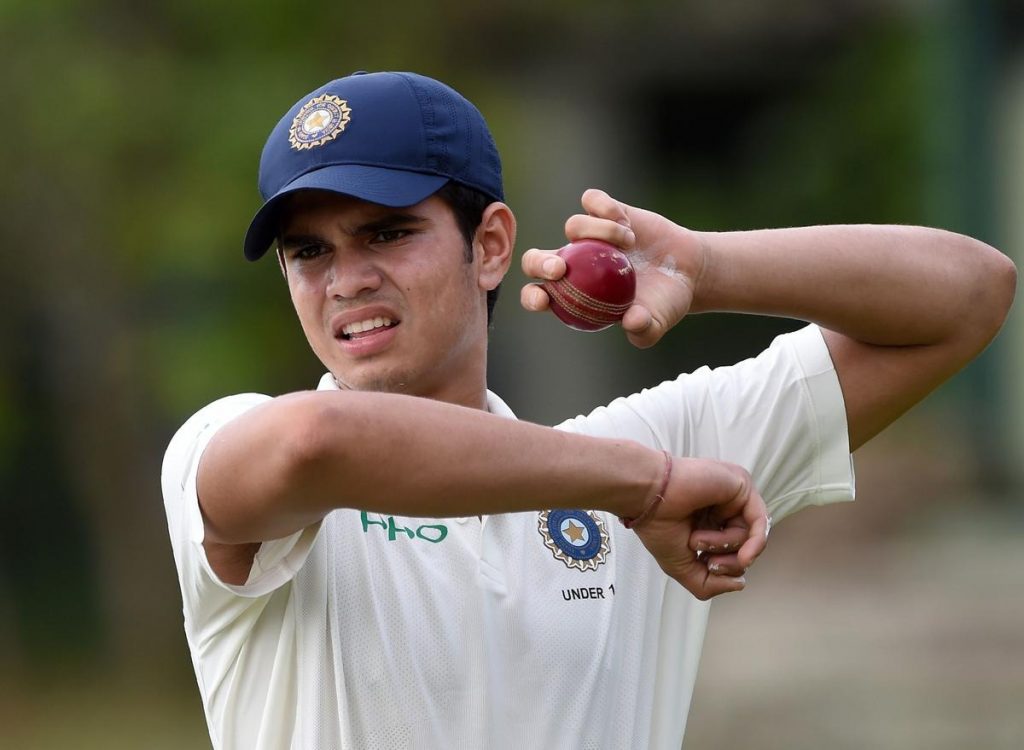 Goemkarponn desk
PANAJI: The hype around batting maestro Sachin Tendulkar’s son Arjun’s debut for Goa in Syed Mushtaq Ali cricket turned out to be damp squib even as Goa defeated Tripura by five wickets.
Arjun Tendulkar, opening the bowling for Goa alongside Lakshay Garg, bowled three overs and conceded 20 runs at an economy of more than 6 runs per over.
He did not get an opportunity to bat as Goa lost only five-wicket, chasing Tripura’s paltry score of 114.
Batting first, Tripura 114 lost eight wickets, with SS Ghosh top-scoring with 24 runs from 24 balls.
Three batsmen – Bikram Kumar Das, Sriram Paul and R A Dey scored identical 17 runs.
For Goa, Amit Yadav picked three wickets, Lakshay Garg 2 while Felix Alemao Siddesh Lad and Darshan Misal picked one each.
In reply, Goa scored 118/5 in 18.1 overs.
Tunish Sawkar (36), K D Eknath (34), and Deepraj Gaonkar (28) were the top scorers for Goa.
Former Mumbai batsman Sidesh Lad also failed with the bat, scoring just 7 of 14 balls.
For Tripura, M B Mura Singh, A S Sarkar, Deepak Khatri and Sankar Paul picked one wicket each.