As Goa cleared to host ISL 7, FDSL in a fix due to lack of infrastructure 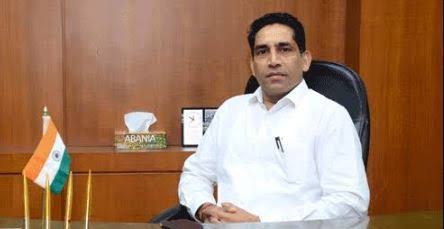 PANJIM: As Goa is all set to host, the 7th edition of Indian super league (ISL), behind close doors, the organizers Football Sports Development Limited (FDSL) are in a fix due to lack of infrastructure on training grounds in the state to train the players, participating in the league.

An announcement on the venue will be made soon by the organizers. A delegation of the organisers FSDL are in Goa to take stock of the venues and training ground readiness.

Also the delegation got in touch with local authorities for finalizing 10 training grounds however, the they were not happy with the infrastructure facilities at these training grounds.

Goa and Kerala were shortlisted to host this season’s ISL which is slated to start in the third week of November  but later Goa became the chosen venue after taking all logistical and operational aspects into consideration.

Both Goa and Kerala are better placed than many other states at the moment as far as the Covid-19 situation in India is concerned, and that makes it favourable for the organisers to host the league there, said the official

The 10 Club ISL will be played in a single venue this season due to the COVID-19 pandemic and strict health and safety measures will be followed by all clubs.

Meanwhile, sources have also revealed that all 10 ISL clubs submitted their jersey designs to the FDSL as per the deadline of August 10.

Owing to the coronavirus outbreak, the previous ISL final between ATK and Chennaiyin FC was played behind closed doors at Jawaharlal Nehru Stadium in Goa on March 14.