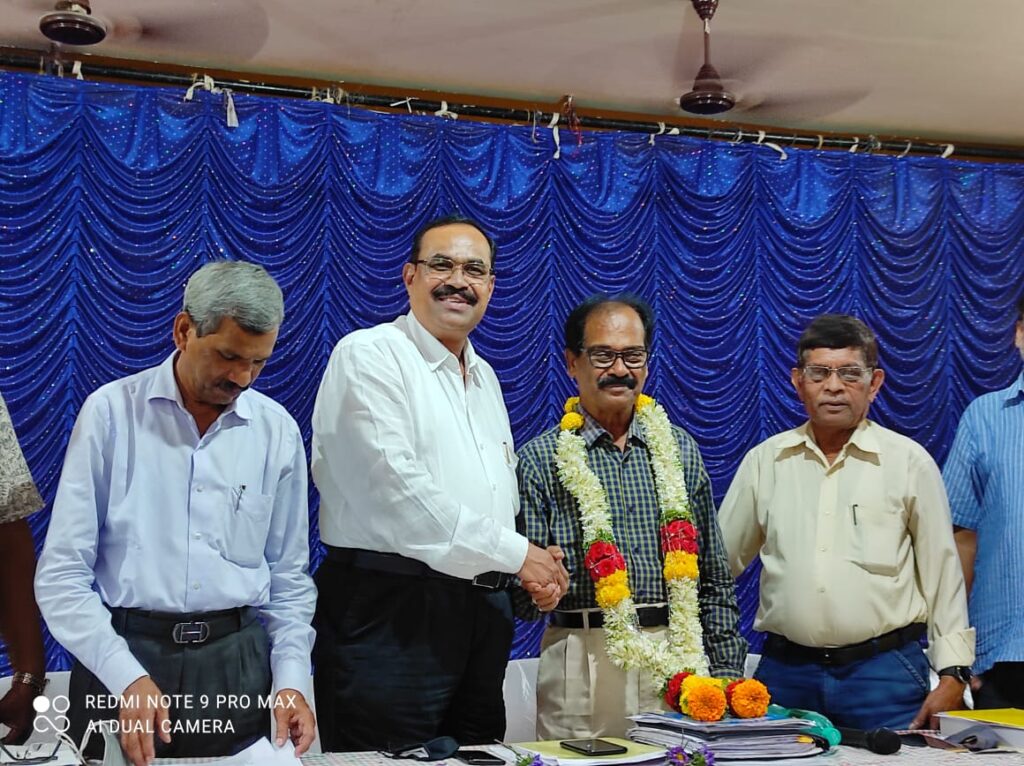 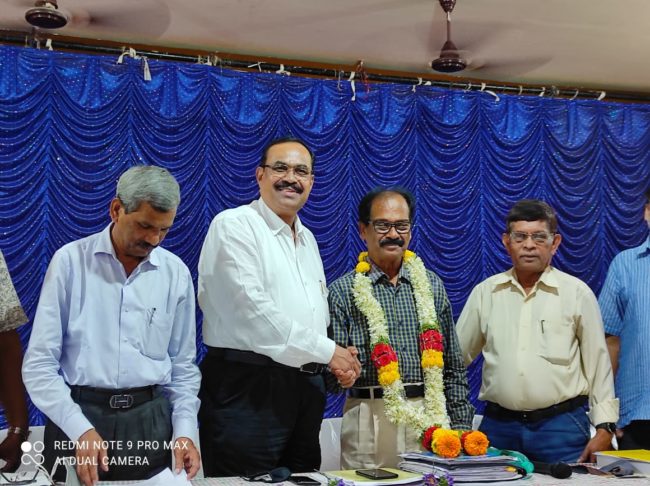 Goemkarponn desk
PONDA: Ashok Naik was re-elected as the President of Gomantak Bhandari Samaj as the general body meeting held at Ponda gave three year extension to 17 member Central Executive Committee headed by him.
The general body meeting held on Sunday 29 Aug gave an extension because of the President’s outstanding performance and hard work and his Central Executive Committee.
Around 1000 had joined the meeting, said Ashok Naik addressing to media after the general body meeting.
Naik and general secretary Fakru Panjikar and his central committee members further said Bhandari Samaj filed a defamation case against Atish Mandrekar and 27 others to file an unnecessary case against the President at Panaji Police Station on the issue of accounts of Bhandari Samaj.
He said there is no scam in accounts.
It only caused embarrassment to President, wasting his time at Panaji Police for six hours. This is just not the insult of the President but the entire five lakh Bhandari Population in Goa.
He said Bhandari Samaj have its head office beside offices at every Taluka.
The members of Taluka should approach these offices for any information related to Samaj before approaching Police.