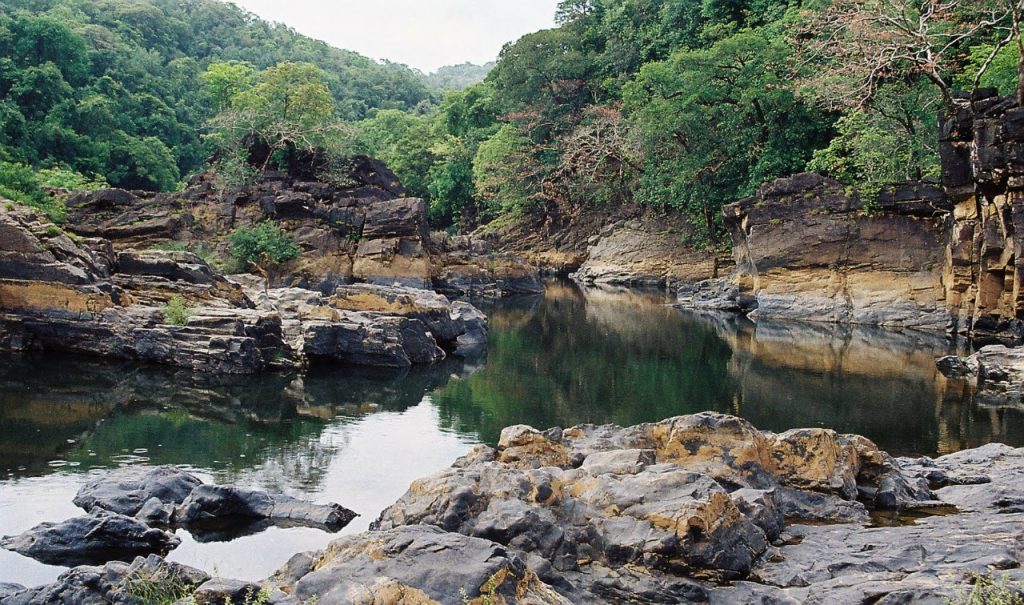 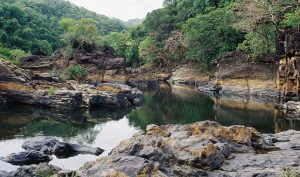 SURAJ NANDREKAR/ Goemkarponn desk
PANAJI: It won’t be totally wrong to suggest that the national parties have betrayed us in the Mhadei issue. Here let me tell you it’s not about one political party, all three parties – Congress, BJP and now Aam Aadmi Party have also joined the others speaking in a different tone in Karnataka.
While Congress and AAP are after Chief Minister Dr Pramod Sawant’s blood and demand his resignation for failure to protect Goa’s interest, their counterparts in Karnataka sing a different tune.
It is no secret that the Mhadei is a major electoral issue ahead of the forthcoming Karnataka polls, especially Uttar Karnataka region of Hubli, Dharwar, Belagavi etc.
Each political party is trying to lure the voters in Karnataka to the issue by criticising the other parties for not doing enough for the implementation of the project.
The Goa Pradesh Congress Committee has been blaming the Chief Minister for selling Mhadei for Karnataka, their counterparts in Karnataka are taking credit for Congress for starting the project and also promising the voter of making Budgetary promise of Rs 500 cr.
Congress Claims…
BJP has failed to implement Mahadayi project denying 3.9 TMC of clean drinking water to over 50 lakh residents living across Belagavi, Hubli-Dharwad districts.

* REALISE THE MAHADAYI DREAM
WITH CONGRESS
* Action will be taken to obtain necessary clearances from the Union Government
100% of the Mahadayi water allocated to Karnataka will be utilised
* Rs 500 crore will be allocated in the first cabinet meeting
* All the components of Mahadayi river diversion projects shall be completed in the next 5 years with a total outlay of Rs 3000 Cr
* Priority will be given to drinking water, agriculture, and then to electricity generation
* Congress will ensure responsible and secure rehabilitation of project affected families
Congress will adopt latest state-of-the-art technology for the construction of Kalasa and Banduri dams

The statement of AAP leader Brijesh Kallappa in State says, This is indeed a welcome development. However, the BJP has clearly fallen short of the grandiose claims that It makes regarding the efficacy of a double engine government’ It must be remembered that the Central Government had accorded in principle clearance to the project even after considering the misgivings of Goa on 30th. April 2002. It was the same B.JP led NDA that placed the in-principle clearance in ‘abeyance, within 5 monthe of providing clearance on 19th September
2002
He says In 2006, Goa filed a suit in the Supreme Court of India in which the Central Government constituted the Mahodayi Water Disputes Tribunal on 22.10.2010 presided by Supreme Court Judge Justice J M Panchal. The MWDT, after detailed arguments from Karnataka, Gos and Maharashtra decided the dispute by delivering Judgment on 14.08.2018.
If 8JP’s claim of “double engine efficacy were justified, the Centre ought to have provided CWC clearance to the project immediately after Shri B S Yediyurappa unseated the Coalition Govemment and assumed office as Chief Minister on 26th July 2019;
However, the clearance has now arrived timed appropriately with the Karnataka Election.
The BJP therefore ought not to gloat on the issue and instead make sincere efforts to provide urgent drinking water facilities for the parched Hubli-Dharwad, Nargund, Navalgund, Badami, Ron, Gadag and approximately 100 villages which this drinking water project will benefit. Just as every right minded citizen of the State, I too stand committed to protecting the State interest with regard to its language, culture, boundary and water rights, Kallapa says.

BJP Karnataka to go ahead with Kalasa-Banduri project, slams opposition by Goa

Karnataka Water Resources minister Govind Karjol Monday said the state would go ahead with the Kalasa-Banduri project on River Mahadayi despite opposition by neighbouring Goa.
“Nobody should raise an objection to the water share awarded by the Tribunal,” he said referring to the 2020 Mahadayi Water Disputes Tribunal allocating 13.42 tmcft from River Mahadayi to Karnataka.
“Karnataka does not require any permission (from Goa) to use the water awarded to the state,” he told reporters.
His comment came in response to the Goa government’s decision to send an all-party delegation to Prime Minister Narendra Modi and other senior Union ministers to protest against the approval granted to the detailed project report (DPR) of Kalasa-Banduri Nala Project.
“We will float a tender and start work within a month,” Karjol said, claiming that the project was necessary to satisfy drinking water needs in Karnataka. Even the Supreme Court has had favourable views over drinking water projects, he added.
Karnataka Chief Minister Basavaraj Bommai announced on December 30, during the last day of the Belagavi legislature session, that the DPR for the project was cleared by the Union government. This move is expected to help BJP’s prospects in parts of Kittur Karnataka, which would benefit from the scheme.