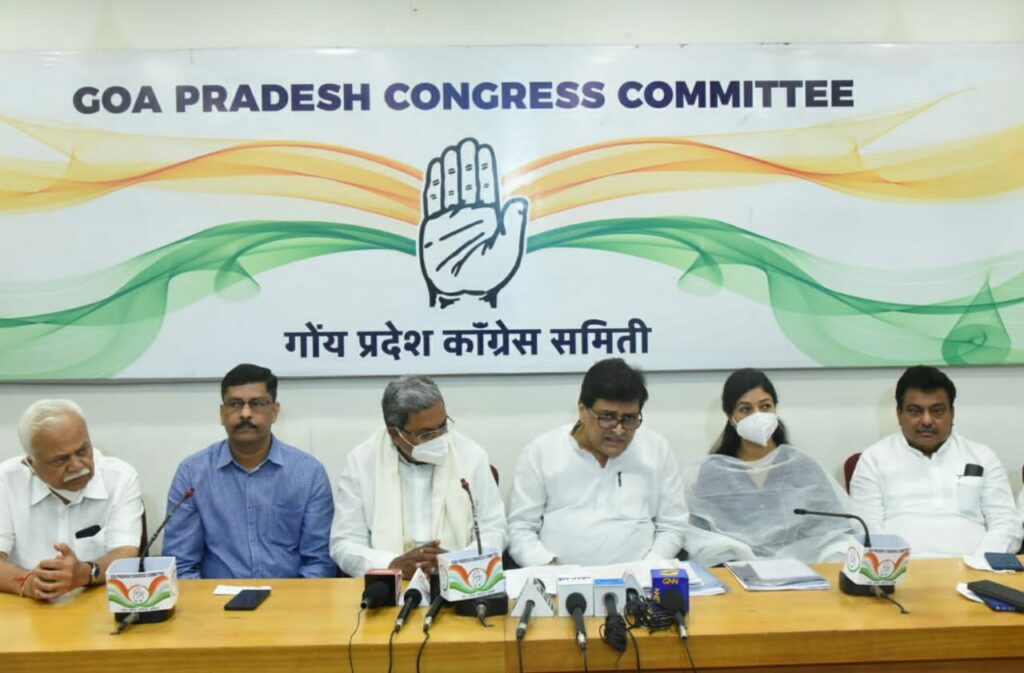 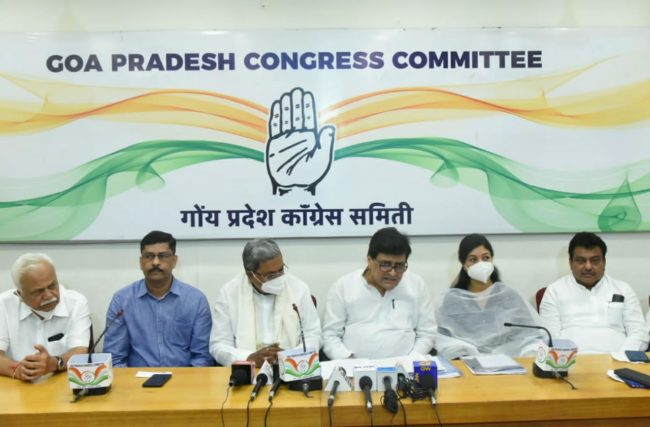 PANAJI: On Tuesday, the Senior Congress Leader and former Chief Minister of Karnataka Siddaramaiah charged that BJP has done rampant corruption and bad economic policy has pushed the nation into bankruptcy.
Siddaramaiah addressed a press conference in Panaji and said that the BJP at Center and in the State of Goa has failed on all fronts.
The Senior Congress Leader and former Chief Minister of Maharashtra Ashok Chavan, AICC Spokesperson Alka Lamba, R V Deshpande, M B Patil, Priyank Khadage, Prakash Rathod, Jameer Ahmed, Amarnath Panjikar, Ivan Dsouza and others were present on occasion.
“In BJP’s rule, development has come to a standstill. Failed administration and misrule of BJP has emptied the coffers.” He said.
Siddaramaiah said that the last eight years of BJPs rule at the Center have made people suffer, taking 87 lakh crore. “Now, for this fiscal year, the Modi government is taking a loan of more than 11 lakh crore. They have failed economic policies, and hence the nation has reached such a stage.” He said.
“I am optimistic that Congress will form a government in Goa. Last assembly election, people of Goa had given us a mandate, but BJP formed the govt by supporting defection.” He said.
He said that Congress is not just the political party, but it brings a change in society. “We are committed to democracy, committed to secularism, committed to equality and social justice.
“But BJP has divided society. They don’t have any ideology and any programs for society.” Siddaramaiah said.
He said that the Modi government and Sawant government failed during COVID, which led to the deaths of many patients due to lack of oxygen.
Ashok Chavan demanded an apology from the BJP government for doing nothing in the last 10 years for the people of Goa. “It has failed to implement its last manifesto. Now again, they will promise the same things.” He added that the Sawant government failed to bring 300 crores announced by the central government for 60 years of liberation celebration.
He said that more than 3 lakh people have lost jobs due to the suspension of mining, but the BJP government has done nothing to restart mining. “Today Sawant govt’s liabilities are more than 20 thousand crores.” He said and promised to restart mining after Congress came to power.
He said that TMC and AAP are in Goa only to divide votes. “Peoples mandate is with Congress. We will form a government with a majority.” He said.