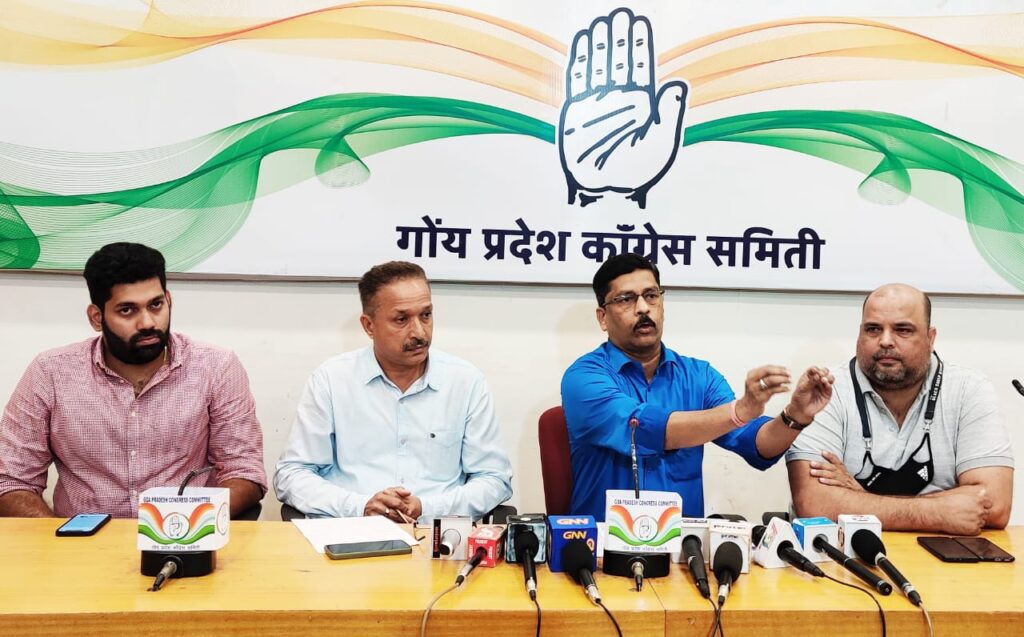 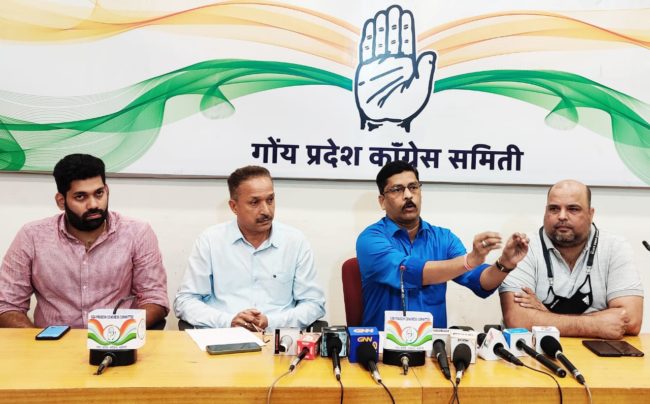 PANAJI: GPCC Media Department Chairman Amarnath Panjikar alleged that BJP’s mission commission over awarding the tender of using electric poles for cable networks to a relative of the saffron party has caused four crore loss to the State exchequer.
Panjikar addressed a press conference in Panaji and demanded an enquiry into the tender awarded to use electricity Poles for advertising boards and Internet, local tv channels cables.
On occasion, Congress Spokesperson Tanvir Khatib, Pradip Naik, and Himanshu Tivrekar were present.
Panajikar said that the tender has been awarded to help relatives of BJP’s Mahamantri.
Panajikar said that the Electricity Department, for the last six years, was taking rent from various vendors across Goa through various subdivisions.
“However it stopped collecting rent from last one year so that they can award the same to their crony capitalist friend.” He said.
According to him, the electricity department took the rent amount from all the parties using poles in advance.
But now, on the instruction of the BJP government, the department has very secretly awarded the tender to one firm at a minimum price of 2 crores to collect the rent.
He informed that whilst the department was collecting the rent, around 6 to 8 crores were accumulated. “Now BJP has given this work of collection rent to their relative for mere 2 crores. Hence the State exchequer will face a loss of more than four crores.” He pointed out.
Panjikar has demanded scraping this process as the tendering process was done illegally. “Thorough investigation of this whole process should be done.” He said.
He said that though Goa Cable TV Network and Service Association has requested a number of times to pay heed to their problems, the BJP government had failed to resolve their issue and help them.
“Govt sidelined them only to make their crony capitalist friend happy.” He said.
Panajikar assured to resolve all issues in this area and to allow underground cabling wherever required once Congress forms government.
Meanwhile, Tanvir Khatib demanded to bring back Goans staying in Ukraine. “Russia has attacked Ukraine. Despite knowing this double engine government is not taking any step to bring our Goans back.” He lamented.
Pradip Naik said that the delimitation process of Panchayat wards should be done transparently, and people should be taken in confidence.