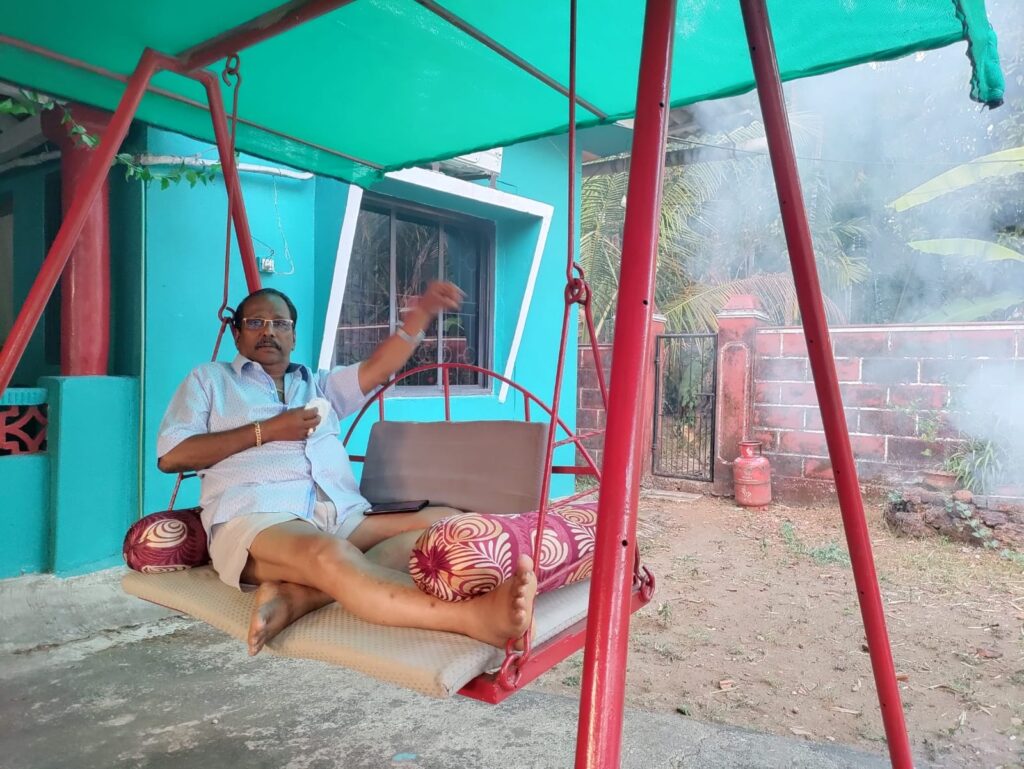 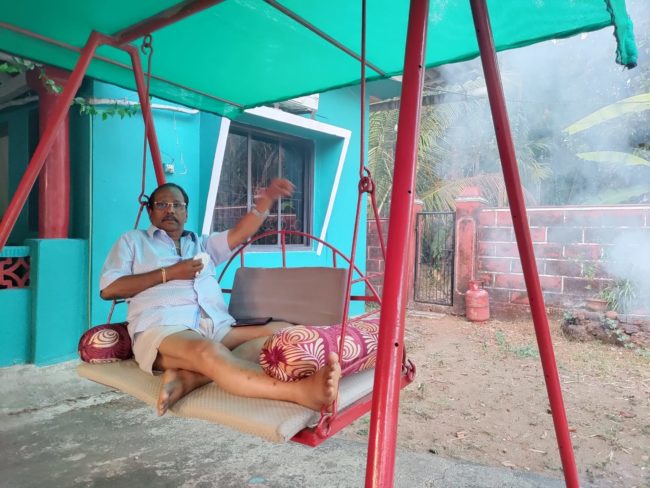 CANACONA: After a hurricane canvassing that culminated in the polling on Monday, most contesting candidates had a relaxing day, the day after the polling day.
Some of the candidates, had even kept their mobiles switched off for most of the day, while the rest preferred to relax at their homes.
When visited a cool and calm Independent candidate Isidore Fernandes was seen relaxing on a Swing Reversible Jhula.
‘I am winning comfortably. I don’t do postmortem of votes cast in respective booths, but have full confidence of what my Supporters and colleagues dictates to me. I never takes tension as to what else to expect than a sure win on the day of counting’.
Incidentally, Fernandes claims after almost a month, he had one of them ingest evening nap on Tuesday, a relax and peaceful deep slumber’.
Fernandes stating he is hundred and one percent sure to win also claimed as no party is getting majority of its own, Independents support to form the government will play a crucial role.
‘I have already started to receive calls from BJP as well as Congress leaders trying to get my assuarances to support them incase they are forming the next government. Even I said no to calls from BJP leaders inviting me to Panjim. I told them I would see them only after 10th March.