CM must lead in resignations of all 40 MLAs in interest of Goa, Mhadei: LoP 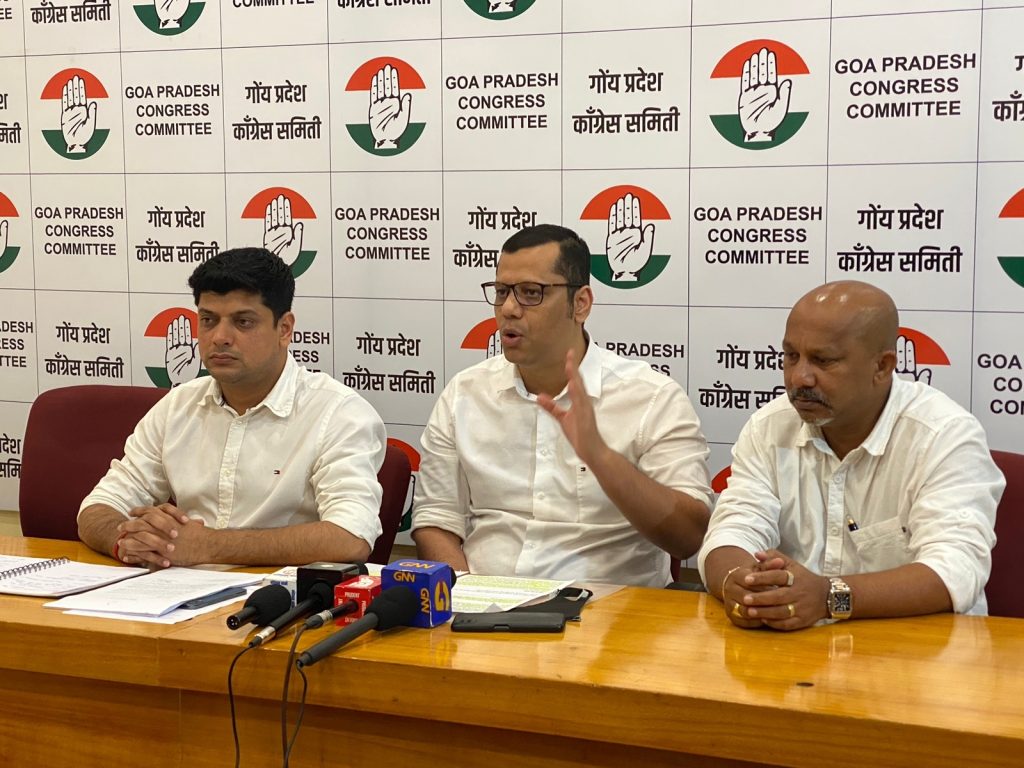 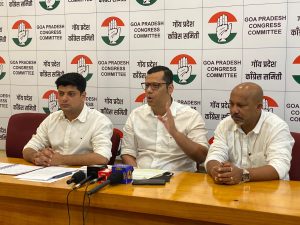 Goemkarponn desk
PANAJI: “Let Chief Minister Dr Pramod Sawant take the lead in submitting resignations of all 40 MLAs to protect the Interest of Goa on River Mhadei. Let him walk the talk on Mother Mhadei,” demanded Leader of Opposition Yuri Alemao.
Addressing a Press Conference at the Congress House in the presence of Congress President Amit Patkar and two MLA, Altone D’Costa and Adv. Carlos Alvares Ferreira, Leader of Opposition, charged that BJP always compromised the interest of Goa on Mhadei. Congress Leaders reacted to the approval given by the Central Government to Karnataka on Kalsa Bhandura Project.
“I demand days of the upcoming Assembly Session must be extended with a full day debate on Mhadei. Let the Government table all documents pertaining to Mhadei in Assembly, Yuri Alemao stated. I will talk to all Opposition MLAs also to take a collective stand on the issue,” informed Yuri Alemao.
Congress President Amit Patkar pointed out that former Chief Minister Late Manohar Parrikar was the first person who compromised with Karnataka on Mhadei by writing a letter to the BJP leader B S Yeddyurappa to give political advantage to BJP in Karnataka.
Documents prove that BJP Central Leadership always gave an upper hand to Karnataka and local BJP leaders in Goa kept quiet, Amit Patkar said.
“I demand that the eight defectors who were raising voices on Mhadei when in Congress should speak now. Why are they silent? Questioned Quepem MLA Altone D’Costa. He said that Agriculture Minister Ravi Naik will now shelve his “Water Export Policy” and adopt a ” Water Import Policy”.
“We will explore the option to challenge the decision of the Central Government in the Court. Successive BJP Governments always celebrated Mhadei. Former Water Resource Minister Vinod Palyekar was also responsible for the mess of Mhadei,” stated Adv. Carlos Alavares Ferreira.
Congress Party will lead the protests taking along all Goans in case the Chief Minister fails to take proactive and quick steps to bring a stay on the decision of the Central Government, informed all Congress Leaders.