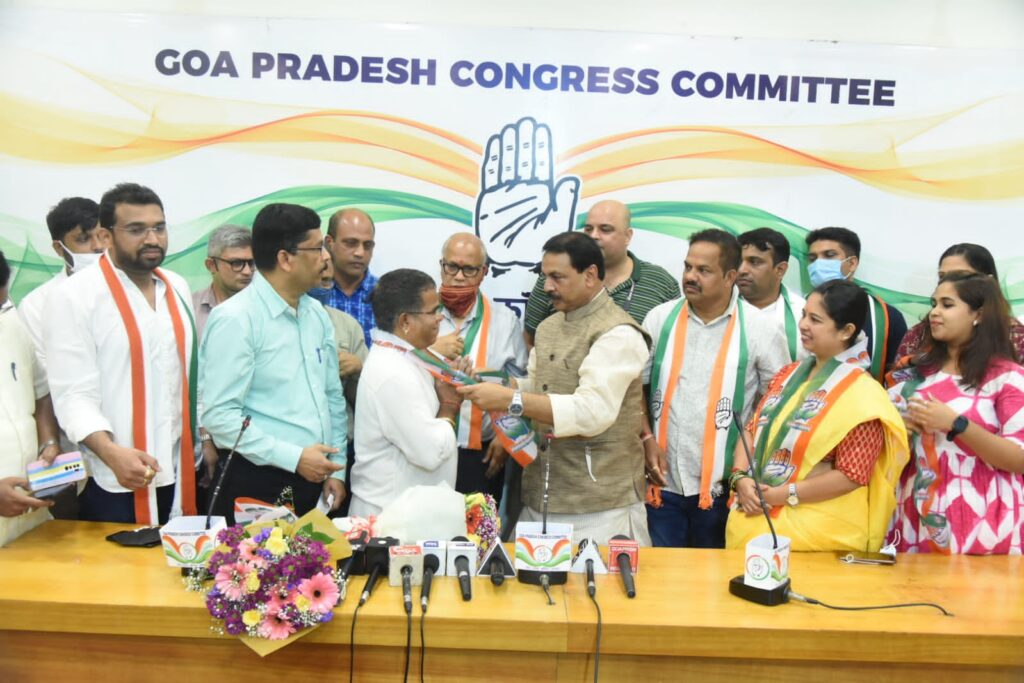 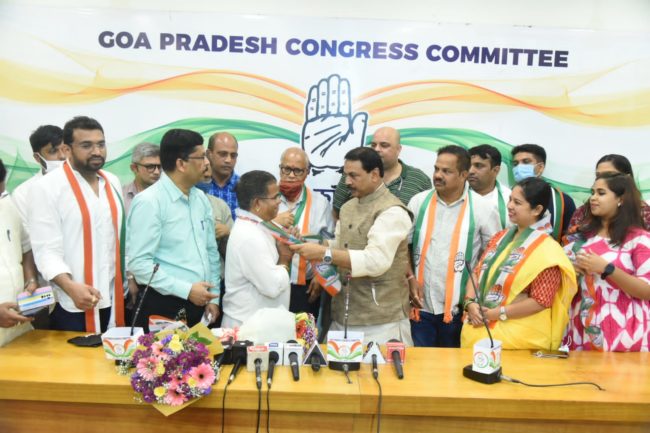 Goemkarponn desk
PANAJI: The leader of opposition Digambar Kamat on Thursday said that very soon there will be wave of Congress party and they will for stable government
Kamat was speaking after inducting new entrants to the Congress Party. The Working President of Maharashtra Congress Arif Nasim Khan, Media Cell Chairman Amarnath Panajikar, Vijai Bhike, Adv. Shrinivas Khalap, Tanvir Khatib and others were present on occasion.
President of Pilerne Citizen Forum and former block president of GFP Prakash Bandodkar and his supporters from Saligao, Former AAP leader Sandip Pendekar, Pragati Pednekar and others joined Congress.
“People of Goa need to decide about which period was good for them, whether the Congress regime or now of BJP. Definitely, the answer people are giving favouring Congress as we worked in the interest of people.” Kamat said.
Former Minister of Maharashtra Arif Nasim Khan, in a scathing attack against BJP, said that the saffron party failed to give justice to minorities. “BJP in Goa failed to form a Minority Commission.” He said.
“Everyone in Goa is suffering due to BJP’s rule. Law and order has collapsed. Progress of Goa is stopped. Hence, the people of God will not tolerate the BJP.” He said.
“Congress will get a full majority and will form a stable government.” He said.
Amarnath Panajikar said that people are attracted to Congress as they know that only we can protect Goa. “We have never imposed any projects on the people of Goa. We have made progress by taking people into confidence.” He said.
Prakash Bandodkar, while speaking on occasion, said that BJP has done injustice to everyone, and hence it forced him to join Congress.
Prakash Bandodkar and Pragati Bandodkar said that they will work in the best interest of Goan and will make Congress strong.