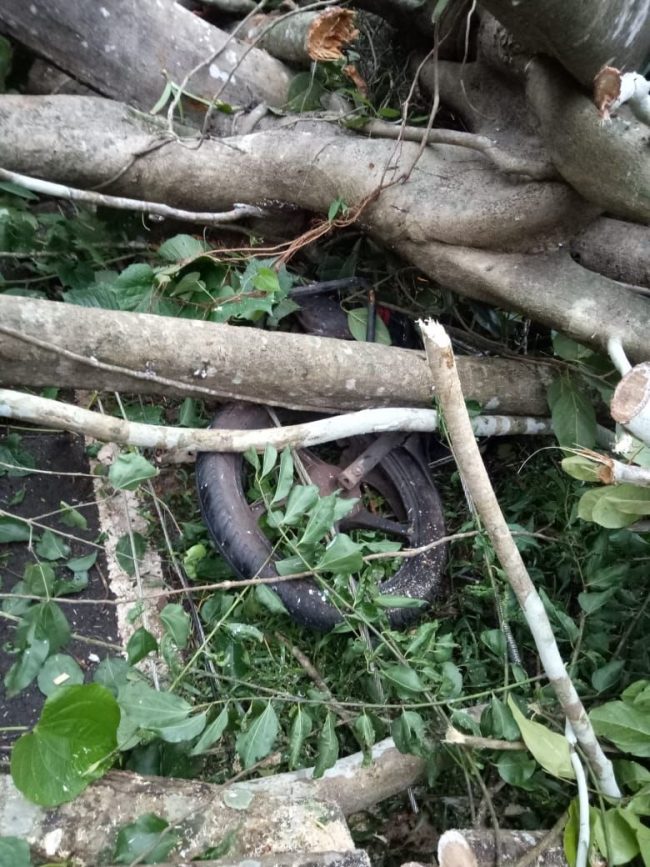 Goemkarponn desk
SHIRODA: In a tragic accident on panchayat election day, a huge tree fell on a moving motorcycle driven by a couple.
The wife was killed in the accident, and the husband was critically injured.
According to police, they received a phone call from Dr Resha of PHC Karai Shiroda informing that one lady, Aditi w/o Venkatesh Naik age 39 yrs r/o Satorem Shiroda Ponda Goa is declared brought dead as a case of fall of tree at Shiroda.
A preliminary enquiry conducted revealed that said lady, namely Aditi w/o Venkatesh Naik age 39 yrs r/o Satorem Shiroda Ponda Goa was returning home towards Shiroda along with her husband namely Venktesh Ghanshyam Naik age 44 yrs who was riding his two-wheeler M/cycle bearing no GA 05 C 8306 after casting their vote for the Panchayat election and at about 17.00 hrs while they were proceeding towards Shiroda from Tariwada and when they reached Shirwada one banyan tree got uprooted and fell on the above rider and pillion lady thereby causing them injuries.