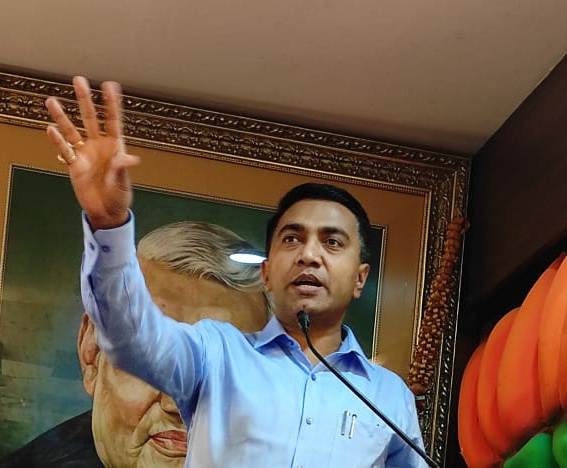 PANAJI: Chief Minister Dr Pramod Sawant today informed that the demaraction work at Melauli which was halted in the last two is set to resume tomorrow.

“There were certain hinderances and that is the main reason the demarcation work was halted in last two days. It will resume tomorrow,” said CM Sawant

Further CM Sawant has again appealed to the people to come and meet him to resolve the issue.

“I am open for dicussions and the demarcation work will continue, i have personally send a message to the locals but no response has come from them,” informed CM Sawant

They claimed that the government is coming up with the IIT project on the land which they are residing and having their cashew plantations and growing other agriculture crops on it.

The villagers claimed that since 1972 they have been requesting the taluka MLAs to solve their land issue problem and have also been demanding that they be given the ownership of this land. The local MLAs are not bothered to solve the land issue of Melauli villagers. For the past 50 years, the MLAs are only providing them with only promises.