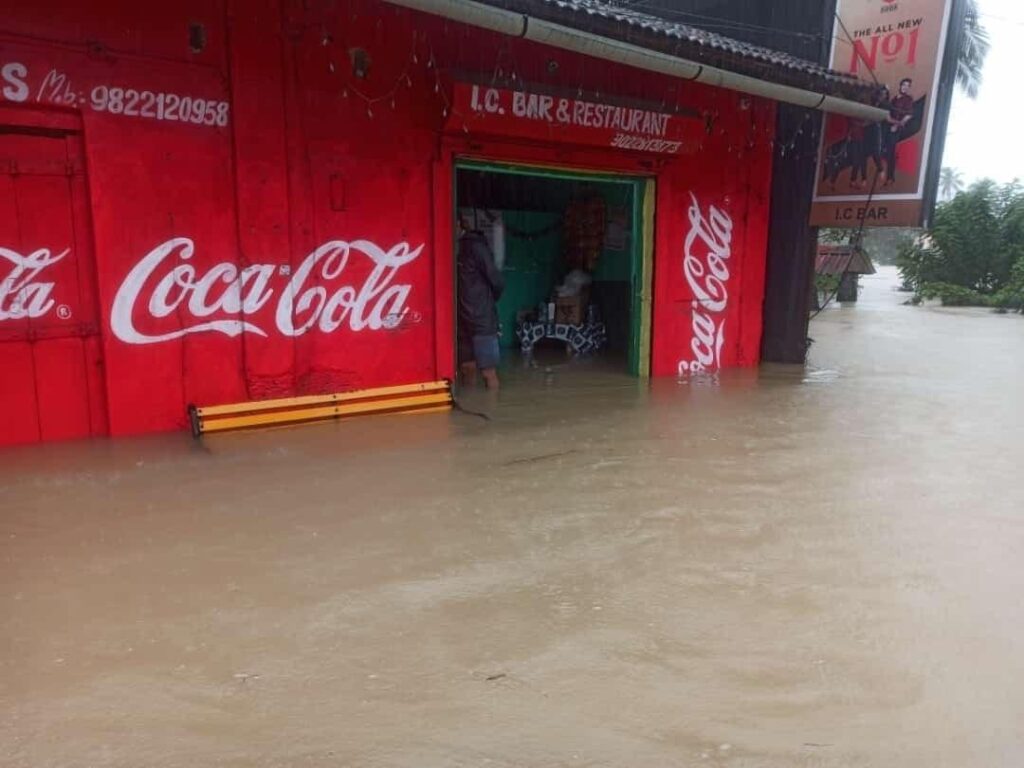 * Several roads were inundated, submerged in water, and roofs were blown away.
* Disaster Management team, Fire brigade and power department officials on the toes 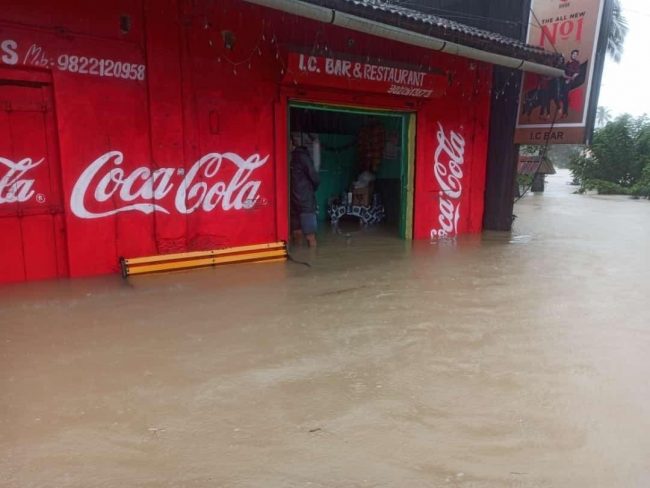 PANAJI: As expected and projected by the IMD, heavy rains lashed Goa on Friday throwing the normal life out of gear. While there were minor incidents of water-logging in North Goa it was South Goa which was badly affected. Places like Ponda, Nirankal, Chinchinim, Cuncolim, and Paroda all went under the water. Around three houses were flooded at Mollwada in Avedem Panchyat. Quepem Mamlatdar Pratap Rao Gaokar visited the flood-affected area. At Desai Wada, Avadem around 13 houses were affected by the flood as roads, drainages were blocked. At Quepem, for the second time in 72 hours, the Paroda-Awadem village bridge was submerged underwater Also, around 2 kilometres of the road from Karali to Chandreshwar Pparvat was underwater. At Chinchinim roof of the Government Primary school was blown away.

While the reports were still being compiled, sources in Fire department said the major issues have been in South Goa only. “Places like Quepem and Nirankal have witnessed flooding and minor tree falling incidents have been reported,” it said. “There have been many cases of power disruptions due to trees falling and strong winds but the power was restored immediately,” said Chief Electrical Engineer Stephen Fernandes. He said the entire department is on high alert and trying hard to minimise the effect of nature’s fury on the general public. More rains for next five days The IMD, Goa said that Heavy to very heavy rainfall will continue over North & South Goa for the coming 5 days. Extremely heavy rainfall is very likely at 1-2 places over both districts on 8th July.