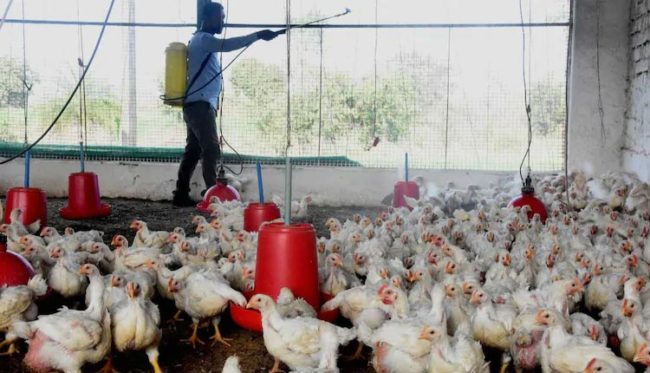 “Following Bird Flu in 10 states we have banned import of live birds and poultry products including that of Maharashtra and Kerala,” said CM Sawant on sidelines of event in the capital

He said that as of now no Bird Flu cases have been detected.

“PM has also asked states to be on alert. Ban will remain in force for sometime or else it can create problem,” he said

CM Sawant said that directions have been issued to the director of animal husbandry to keep a strict vigil across the state.According to the Ministry of Fisheries, Animal Husbandry & Dairying, as on Monday, Avian Influenza has been confirmed in 10 states of the country.

The Indian Council of Agricultural Research-National Institute of High Security Animal Diseases (ICAR-NIHSAD) has confirmed death of crows and migratory/wild birds in Tonk, Karauli, Bhilwara districts of Rajasthan; and Valsad, Vadodara and Surat districts of Gujarat. Further, death of crows were confirmed in Kotdwar and Dehradun districts of Uttarakhand.

In Delhi, crows and ducks, respectively, were reported dead in New Delhi and Sanjay lake areas, the ministry said.