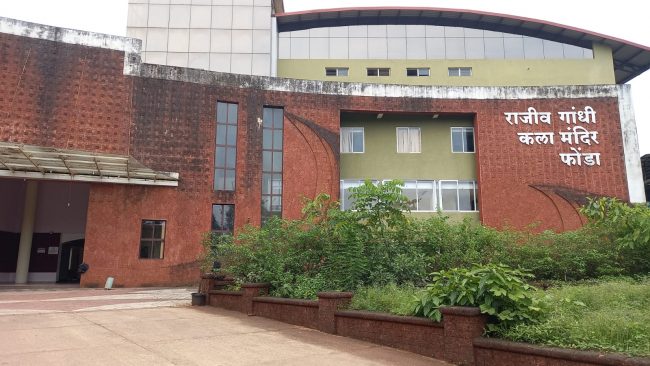 Goemkarponn desk
PONDA: Art and Culture Minister Govind Gaude said Government is planning to install Solar panels on the rooftop of Rajiv Gandhi Kala Mandir.
He was speaking to the media after inspecting the repair work on Rajiv Gandhi Kala Mandir Ponda, which has been commenced.
He said installing solar panels on the rooftop during the repair work will not only solve the power problems of Kala Mandir but also reduce Electricity Bills.
He said solar panel design is also planned and estimate sent to PWD Division sixteen for government administrative approval. He said the government is planning to install such solar panels on every Ravindra Bhavans in Goa wherever it is possible.
Regarding ongoing repair work on Rajiv Kala Mandir, he said there are leakages in the slab as there was no proper planning at the time of terrace roofing, and some other Ravindra Bhavans face similar problems in Goa.
He said water has seeped through the terrace during rain causing dampness to the slab.
He said damages on the terrace and cracks on a rooftop would be put in order. He said the workers had begun the work of replacing cracked tiles with a new ones.