Goa wants a change; AAP is here to make it happen: Amit Palekar 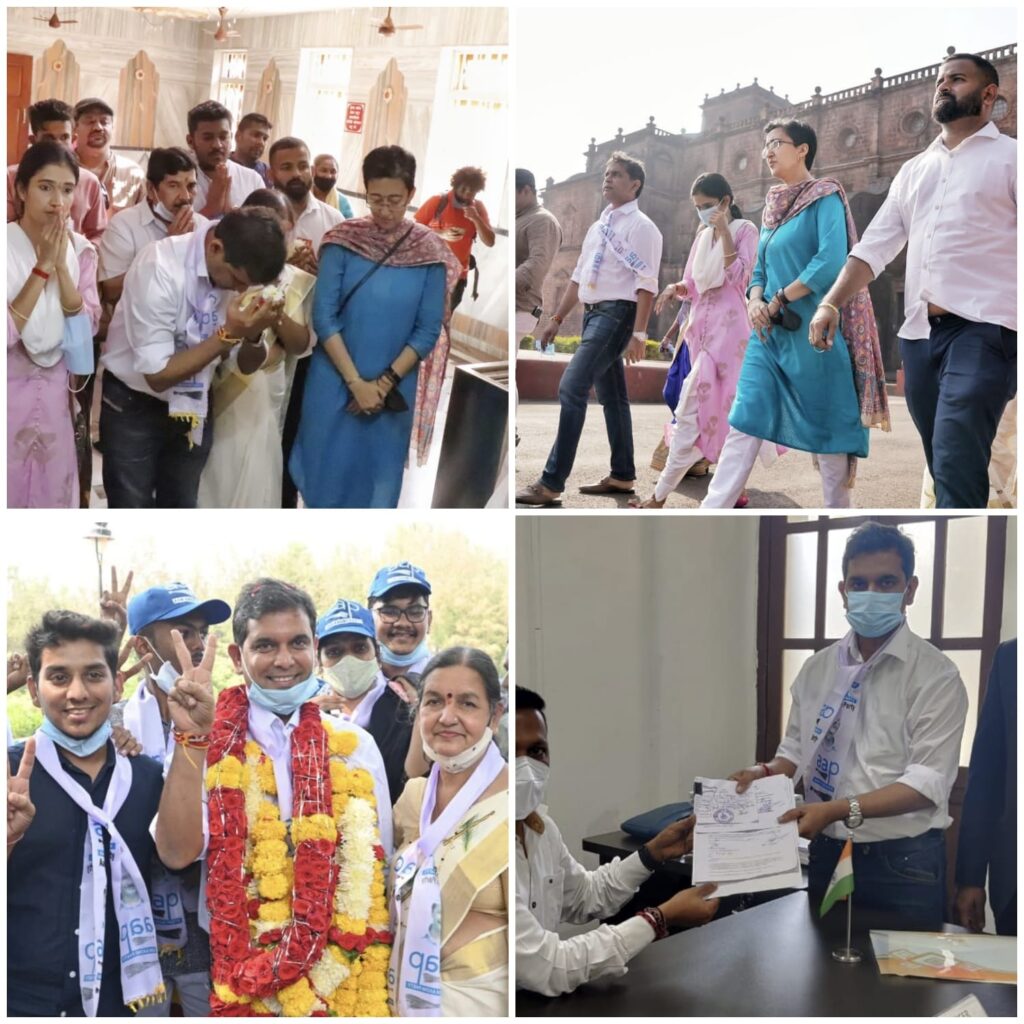 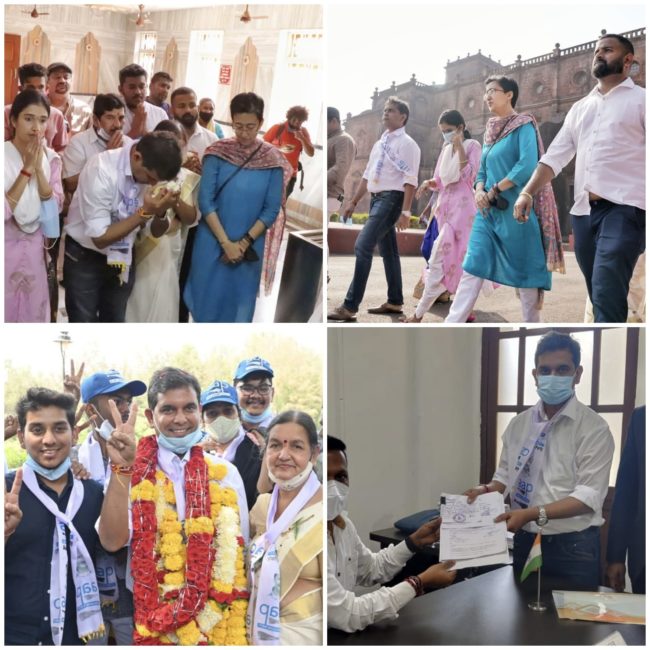 I ask all Goenkars for their support and blessings; Together, we can make a difference: Adv. Amit Palekar

Goemkarponn desk
PANAJI: The Aam Aadmi Party CM candidate Adv. Amit Palekar filed his nomination for the assembly elections from St. Cruz on Friday. Palekar sought the blessings of Mahalaxmi Devi and Goencho Saib to bolster his resolve to restore the glory of Goa and prayed for the safety and well-being of every Goenkar before filing his nomination. He also visited the Old Goa protest site, where he fought to protect the Old Goa heritage site.
Palekar said, “I am grateful to the people for their trust and support. I have received tremendous support and love from the St. Cruz people. I will never let them down. I won’t let AAP down, and I won’t let Goans down. I will always live up to their hope, and that is my promise to St. Cruz people and Goans”.
He said, “St. Cruz has seen no development for the past 25 years. The villager’s long-pending demand for a market at St.Cruz village has not been met. After being one of the most popular tourist destinations, St. Cruz does not have adequate transport connectivity. Major bus stops are in disarray. Even the basic amenities, such as uninterrupted water and power supply, are lacking at St. Cruz”.
Adding, he said, “In St. Cruz, the people are looking for a change, and I promise to bring that change. If AAP gets elected, St. Cruz will get basic amenities like uninterrupted power supply and water supply, as well as good roads”.
Palekar also said that his first order of business would be to end corruption in the state government within 24 hours of AAP forming the government. He asserted that corruption is rampant within government departments and that a strong message has to go out that it will not be tolerated.
He said, “I will weed out corruption. I think that is what is taking Goa backwards. It will take a day; it will take 24 hours to change it. Just put discipline in place, put it in the mind of the government staff that it will not be tolerated”.
After AAP declared Palekar as CM face, the people of St. Cruz were overjoyed and saw Palekar as a new hope for the constituency. Besides the St. Cruz people, the Bahujan Samaj people also see Palekar as their new hope. They hope that if Palekar becomes CM, their many long pending issues will be resolved.
Jyoti Palekar, Palekar’s mother and two-term Sarpanch of Merces, said, “Prior to filing his nomination, we seek the blessings of Mahalaxmi Devi and Goencho Saib. I urge people to vote for him, and I will pray for his success. I promise that Amit Palekar will serve all Goans and contribute to the development of the state”.
Rasika Palekar, Palekar’s wife and lawyer by profession, said, “The common person can only dream of a position like this, but AAP has provided wings to the vision of Amit. We have a leader who is honest, credible, and compassionate. Amit is a beacon of hope to all Goans”.
Adding, she said, “Palekar filed his nomination on Friday. This is a good start. I want to thank St. Cruz people for their support and blessings. We will strive to preserve Goa for future generations”.