* Fire tenders also stuck in jams
* Ponda Citizens demand action against roadside parking of vehicles at the entrance and in front of Ponda Fire Station. 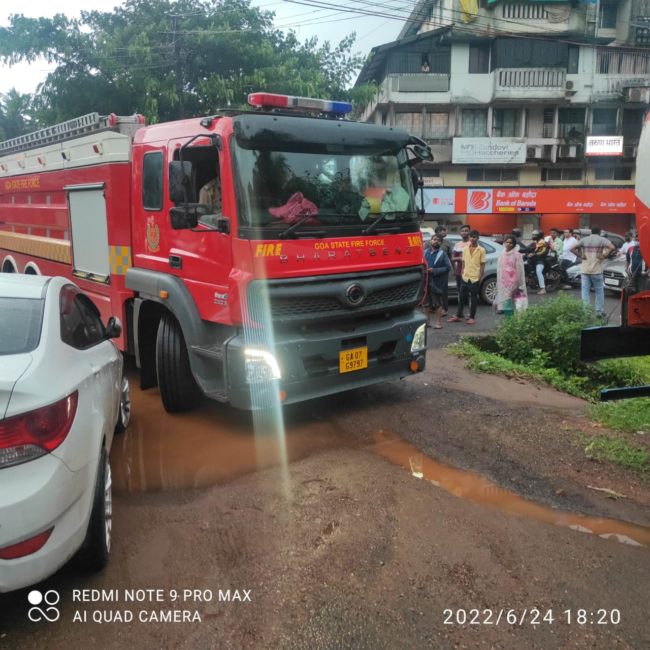 Goemkarponn desk
PONDA: Ponda Citizens demanded to take action against parking of various vehicles at the entrance as well as in no parking zone opposite the Ponda Fire Station road to Maruti temple Ponda.
The locals demanded to implement a deputy collector order prohibiting parking at the main road and entrance of Ponda Fire Station.
Social worker Viraj Sapre said since it is raining, the Ponda fire station receives several calls, and fire tenders need to go out several times, but the main road at the entrance is blocked due to the parking of vehicles, although it is no parking zone.
He had complained to traffic police about roadside parking opposite Ponda Fire Station; these vehicles also obstruct fire tenders going out for emergency services.
Despite the Deputy Collector’s order for no parking in front of Fire Station road, the vehicles are parked at the roadside, causing problems even to fire service vehicles.
He said buses are parked on speed breakers causing hardship to the movement of the public.
He urged the traffic police to take action against roadside parking. He alleged that the traffic police are not taking any action against tinted glass vehicles, including buses and cars seen parked at the roadside. At the same time, they are busier in issuing Challans to bike riders for non-wearing helmets.

Most of 1430 calls of Noise Pollution/ in Siolim were hoax, says CM