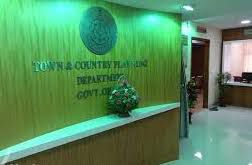 PANAJI: The Bombay High Court has disposed of a PIL filed by the Goa Bachao Andolan and others, which sought uploading of all draft Outline Development Plans (ODPs) on the same day as they were notified in the official gazette.
The PIL also sought a Court direction that the two-month period for objections would commence from the day it was uploaded on the website.
The PIL was filed in December 2021 by GBA and the Goa Foundation after finding that despite requests, the PDA had refused to provide a soft copy of the draft ODP to enable petitioners to file objections.
The petitioners complained to the Court that handing over a soft copy was the age requirement. Now, petitioners were forced to visit the PDA office and take camera pictures of the huge draft ODPs displayed on its walls.
This not only led to difficulties in studying the document but also involved costs since the petitioners and others were required to print these out. Most people, however, were sufficiently equipped to read such documents on their computers if provided with soft copies.
Due to the Court’s intervention, the Town Planning put up all draft ODPs, including the Panaji ODP (under DPPDA), within 24 hours. Later, hi-res pictures were uploaded as well.
The petitioners brought to the notice of the Court that there were several provisions under the RTI Act that required the authorities to maintain such documents on their websites.
The Court disposed of the PIL without going into the issues raised in detail, as it declared it would take them up at an appropriate time in future. However, as the AG agreed to have the draft ODPs uploaded within one week of their being gazetted, and petitioners were agreeable to the concession made, the Court felt it could dispose of the matter with suitable directions to the PDAs on the matter.