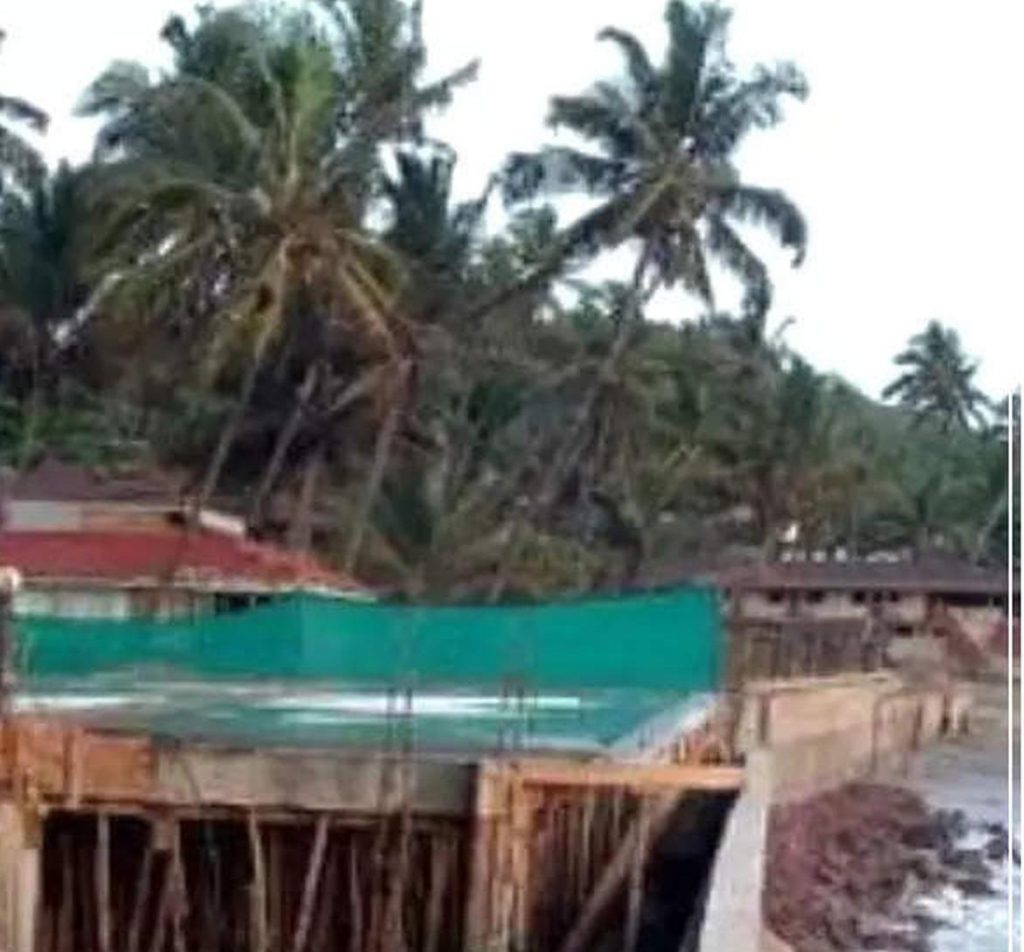 Goemkarponn desk
PANAJI: The High Court of Bombay at Goa has taken suo-moto cognizance to examine the issue of illegal structures put up in the No Development Zone and unauthorized structures in the Coastal belt of Anjuna.
Goa Coastal Zone Management Authority (GCZMA) and Village Panchayat of Anjuna will now conduct a joint inspection and submit their report before the High Court on November 9.
HC had directed the Goa Coastal Zone Management Authority (GCZMA) and the Anjuna-Caisua Village Panchayat to immediately demolish an illegal construction built right on the beach and to file a compliance report to the court.
The High Court directives came while hearing a writ petition filed by Ramesh Muzumdar of Calangute. Arguing on behalf of the petitioner, Adv Ganesh Naik had complained that the illegal construction was going on right on Anjuna Beach and in the No Development Zone (NDZ).
The division bench comprising Justice Mahesh Sonak and Justice B P Deshpande further directed the GCZMA and the Anjuna-Caisua village panchayat to hold a joint inspection of the entire Anjuna beach to identify constructions violating Coastal Regulation Zones (CRZ) norms and to file a report to the court.