IDC is bankcrupt due to rampant corruption: Goa Forward 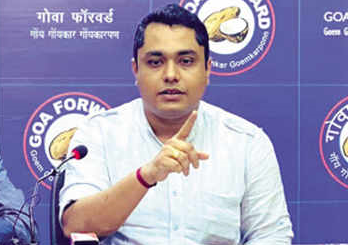 PANAJI: The Goa Forward Party has warned the officers of Industrial Development Corporation not to get indulged in corrupt practices while allotting the plots and allowing captive warehouses in industrial estates by taking bribes.

Durgadas Kamat, General Secretary on Monday addressed a press conference in Panaji and said that these field officers and other officials will have to face the investigations, once the Congress and Goa Forward come to power.

“Plots in IDC have to be allotted within 45 days after receiving online application. But in many cases they have not been allotted. IDC Chairman and his team have opted modus operandi of ‘Pick & Choose’ to get ‘Prasad’ or vitamin M.” Kamat said.

He said that field officers are not paying heed to hill cutting in industrial areas and are working at the behest of the chairman to make money. “They need to understand that this BJP government is in expiry period. Our government will take action on those who have infringed the acts of IDC to make money.” Kamat averred.

Kamat said that the former Chief Minister was late. Manohar Parrikar had disallowed captive warehousing in IDC’s, but now they are taking place by bypassing the rules. “We are keeping a close eye on the activities of IDC, who worked overtime also on Christmas day to fill their pockets.” Kamat said.

He also said that the BJP government has failed to implement 7th Pay Commission to staff of GSIDC. “ It has become bankrupt. Government is giving reasons for bankruptcy for not implementing the 7th Pay commission. But still it is trying to recruit 40 to 50 posts on the eve of the election to get overburdened.” Kamat said.

Kamat said that the government is harassing enterprenuers of Goa, then easing the business.