“India, world are watching the actions of the Goa govt towards citizens protesting to save their forests” 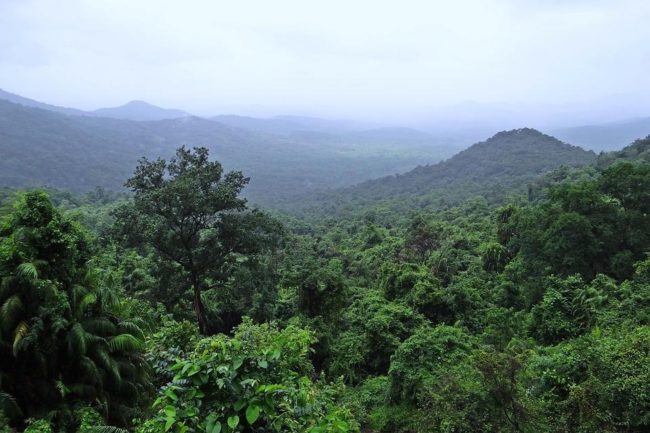 PANAJI: In November 2020, amid a raging pandemic, thousands of Goan citizens defended their forests and villages from three linear infrastructure projects threatening to make their homeland a coal hub. Thousands of citizens gathered for a peaceful midnight protest for the Battle of Chandor, with candles on a midnight vigil. They chanted. They sang, and they danced. They came together as a community, as defenders of Goa.
The unique gathering brought national attention to citizens’ concerns around the destructive and unplanned assault the state is facing. Citizens last year took to a #ArrestMeToo campaign standing in solidarity when there were plans to press charges against people who attended the Battle of Chandor. But just this week (10 April, 2022), after two years, four of the thousands that had gathered at Chandor (including the Leader of the Opposition party Digambar Kamat and ex-Congressman Aleixo Reginaldo Lourenco who now supports the BJP government) have received a summons.
They are charged with unlawful assembly, wrongful restraint and ‘rioting’ for peacefully exercising their democratic right. They will appear for FIR hearings on 16 April 2022 at 2.30 pm at Margao at JMFC Court.
Citizens were appalled by this news, as a couple of days ago, they celebrated the part-win by the Supreme Court regarding the Tamnar Transmission Project.
Neelam Ahluwalia, the Founder member of the Aravalli Bachao Citizens Movement, stated that “India and the world are watching the actions of the Goa government towards citizens protesting to save their forests.”
More support has started pouring in from all quarters. “We stand firmly with the citizens who were part of the historic Battle of Chandor that has helped save our forests”, said the Amche Mollem campaigners. They hoped “that the upcoming Supreme Court verdict on the double-tracking project within Mollem will further reiterate that Goans will not just watch the destruction of Goa but will exercise full citizenship.”
Climate activist Disha Ravi also tweeted her support, stating, “the trend of arresting people who are protecting what is remaining of the country’s biodiversity continues and how this is harmful and brings to question just how much of a democracy we have remaining.”
Tanmay Shinde of Fridays for Future India stated, “I condemn the notices/FIRs being issued to Goyant Kollso Naka campaigners. Climate change and global warming a growing concerns, and it’s heartbreaking when you see huge forests being cut, but when responsible and conscious citizens practise their rights and duties to protect the environment and protest peacefully, the state uses brutal force to silence them and instil fear.” His statement reminds the recently published IPCC Report (04 April 2022); India, among other developing countries, faces the grim reality of heatwaves, frequent cyclones and excessive coastal flooding.
Ahluwalia added, “All forest and environment movements across India stand in solidarity with the Goyant Kollso Naka campaigners. Citizens will continue to exercise their democratic rights to protest against environmental crimes.”