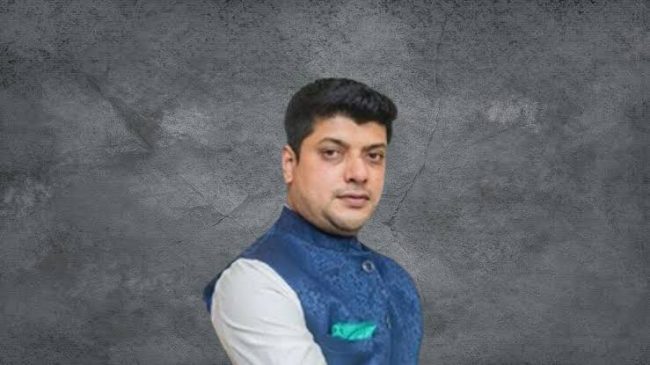 Panaji, 02 September: The shocking and shameful shooting incident in Curchorem involving the sand mafia in which one worker was shot dead and two seriously injured has brought to the fore the lawlessness prevalent in Goa. Speaking at a press conference held in Panjim, the Party President Shri Amit Patkar while addressing the media said that the Congress Party condemns this lawlessness and gun culture fast spreading in Goa. Reacting harshly to the total collapse, he said. “Goa is heading like the Jungle Raj in UP and going the Gang of Wassaypur way. Have we heard of a shootout in the past? The Home Minister and CM are unware of what is happening in the State and are busy enjoying the festivities when people are killed. The CM should come clear on the law and order situation or resign from the Home Minister’s post. Goa’s image has suffered tremendously.”
Coming on the heels of the murder of BJP leader and actress Sonali Phogat, Shri Patkar wondered whether the refusal of the Goa government to hand over the case to the CBI was to shield the bigger conspiracy and the likely nexus of people in power and the underworld.
Speaking on the shooting incident on the intervening night of Goa’s biggest festival of Ganesh Chaturthi, wherein a worker employed in illegal sand mining was killed, Capt. Viriato Fernandes highlighted that the incident has happened in Curchorem, represented by Shri. Nilesh Cabral, the Environment minister, who incidentally is also the Law Minister. The minister has been infamous for the relentless push that he gave to the three linear projects. Having suffered a setback in destroying Goa through three linear projects with the Supreme Court stopping the destructive projects, he is now hell bent in destroying the environment by means of turning a blind eye in his own backyard where illegal sand mining is happening.
Shri Olencio Simoes said that sand mining was banned in Goa by the National Green Tribunal. Further, the Bombay High court has issued detailed judgement and a series of directives to the government to undertake regular patrolling to check illegal sand mining.
The court had even initiated contempt proceedings against the Chief Secretary and the Director General of Police and had directed them to submit affidavits on 02 May 2022. In a recent hearing in August 2022, the environmentalists had submitted to the court the details of the hotspots of illegal sand mining despite court orders and police presence. Illegal sand mining is going on in Bicholim, Chorao, Talarna and Revora, and worst is, massive sand mining in Curtorim and Chandor despite police presence.
Shri Amit Patkar reiterated that the Congress Party will stand by the people of Goa in exposing this Jungle Raj and fighting the battle to save Goa from this mafia-run government.