Karma has come haunting back to Congress due to their past deeds: Sudin 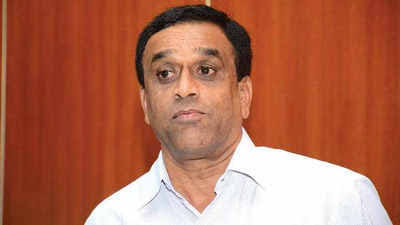 PANAJI: MGP Supremo Sudin Dhavalikar today said that the Congress party in Goa is paying for their past deeds of dethroning the MGP government in the past on many occasions.

Sudin was reacting to the recent political developments in the state wherein 2/3rd Congress MLAs split to merge into BJP.

When asked him about how safe his alliance is after joining of the 8 Congress
MLAs into BJP, Sudin said that that the BJP has promised to work for people of Goa with the MGP.

“The alliance gaurantee has come from the central leadership and i have full faith in Goa leadership too, we have agreed to work for people for Goa for next 5 years,” he added

Dhavalikar said that the move by these MLAs was expected from the start and it was not something surprising.

Dhavalikar was a minister in the Manohar Parrikar-led as well as Sawant-led governments between 2017 till 2019 before he was dropped from the cabinet ahead of the last Lok Sabha polls.

Incidentally, the MGP had contested the recently held state Assembly election in alliance with the Trinamool Congress, which could not win a single seat.