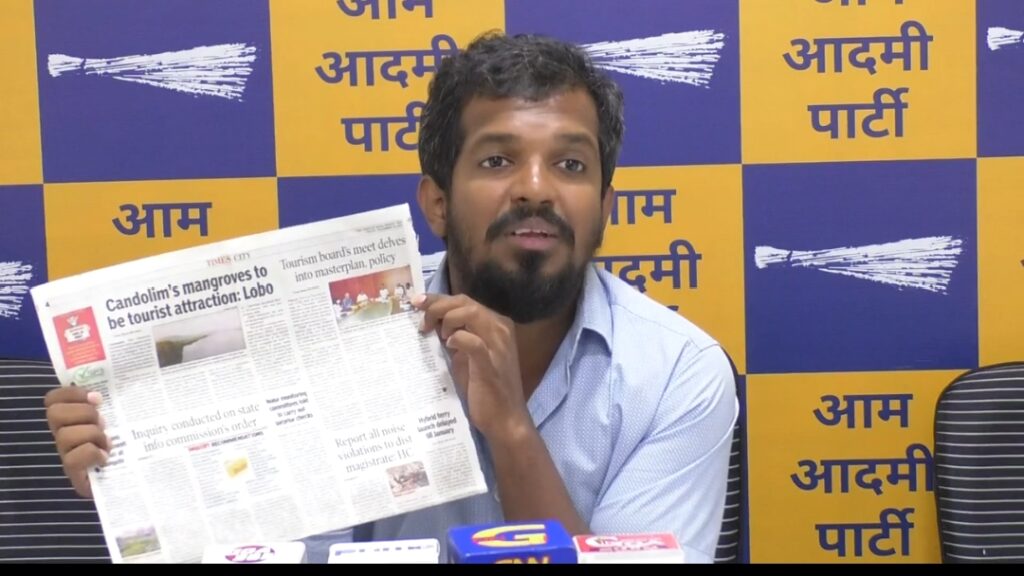 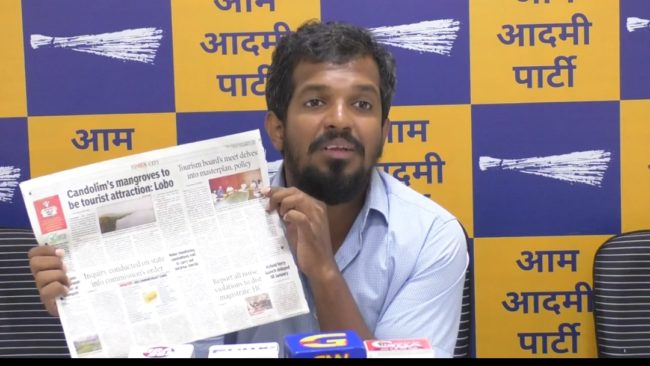 The Aam Aadmi Party Calangute candidate Sudesh Mayekar on Saturday stated that Calangute’s ex-MLA and state’s ex-Port minister Michael Lobo has destroyed the hills and farms of the Calangute Constituency, and now renovation works of the existing bund between Candolim and Nerul Bridge will destroy the coastline, putting ecology at risk and causing harm to the locals.

Lobo laid the foundation stone for strengthening and renovating the existing bund from Nerul Bridge to Caculo House at Candolim recently, with an estimated cost of Rs 4.5 crore. The renovation work will also include a pathway made of laterite stone, a fishing gallery, 720 metres of wall, illumination, interlocking paver blocks, and an RCC slab over the sluice gate.

Mayekar said, “The biodiversity board has given NOC to the same project, and has explicitly recommended the use of natural stones to protect the bund. However, on the tender paper awarded to the WRD department, it is stated that steel and natural stones will be used for the retaining wall”.

Adding he said, “Lobo has already approved the casino expansion in this area while he was handling the port ministry. After renovation works are completed, it is very likely that this place will be turned into a commercial hub. This stretch from Nerul to Candolim will resemble Mandovi due to the urbanization. This will hurt local employment. Lobo has already destroyed farms and hills, and now he is planning to destroy the coastline”.

“As Goans, it is our responsibility to stop Goa from becoming a casino destination.  Unfortunately, nobody is talking about this. Apart from a few Calangute candidates, the other ones are land mafias. The people should not waste their valuable votes on the BJP or the Congress, which has wrecked the Calangute constituency. I urge people to vote for AAP which will provide better future”, he said.