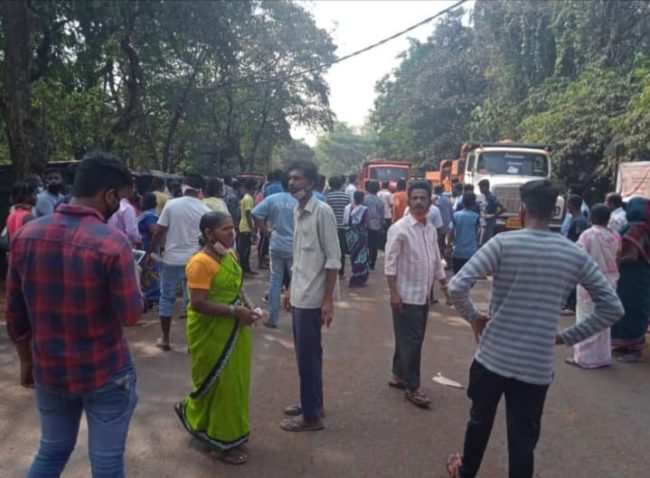 CURCHOREM: The road-rage has once again started in Sanvordem-Curchorem with an 18 year old boy losing life following which people of Guddemol blocked traffic demanding arrest of the absconding driver.

Savordem locals blocked the iron ore transporting trucks in protest against the hit and run case at Daddem-Sanvordem, this morning wherein a local youth was killed.

18-year-old Akshay Vadar from Gudemol-Sanvordem died after the two wheeler he was riding on was hit by a truck on Monday.

His cousin 14-year-old Vinit who was on the pillion has also been injured in the accident.

According to police the driver had fled from the scene along with the truck following the accident.