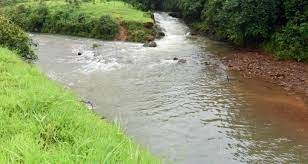 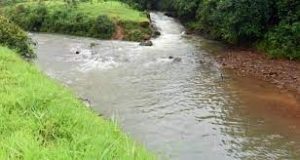 Opposition is not interested in Mhadei; hence they are not part of delegation: CM 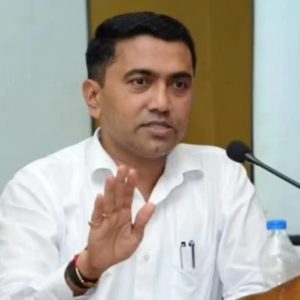 Sawant said that he is leading the delegation to call on Union Home Minister Amit Shah today in New Delhi to resolve the Mhadei imbroglio.
Sawant told reporters that the delegation will include Union Minister for State for Tourism Shripad Naik, Goa Assembly Speaker Ramesh Tawadkar, WRD Minister Subhash Shirodkar, Environment Minister Nilesh Cabral, Transport Minister Muavin Godinho, Health Minister Vishwajit Rane, Power Minister and MGP MLA Ramakrishna Dhavalikar and Independent MLA Chandrakant Shetye.
He said that the subject being inter-State, the Home Minister is the concerned authority to resolve the issue.
“Government has initiated steps and intends to urge central Government to set up water management body for Goa and Karnataka,” he added.
Sawant said that the State wants to urge the central government to set up a water management authority on the Mhadei.
“State will also demand revocation of the approval given to the detailed project report for the Kalasa and Banduri project of  Karnataka,” he added.
“We are leaving for Delhi now; meeting with HM Amit Shah is Scheduled for 7.30 pm today evening in Delhi; we will put forth our issues on Mhadei,” said Sudin Dhavalikar.
Tourism Minister Rohan Khaunte said that the delegation is going to Delhi to discuss Mhadei and that the issue is very important.
“We have not let down our fight for Mhadei; Govt is very serious. We expect things to be positive on the return,” he said
Goa government has decided to file an appeal before the Supreme Court challenging the CWC approval to Karnataka.
The State has already issued a show cause notice to the Karnataka government for violation of the Wildlife Protection Act through the proposed drinking water project, which will lead to diversion or stoppage of water flow from the Kalasa tributary to Mhadei Wildlife Sanctuary.