Khaunte terms Former GPCC President as 'Joker'; says he should give info to SIT if any 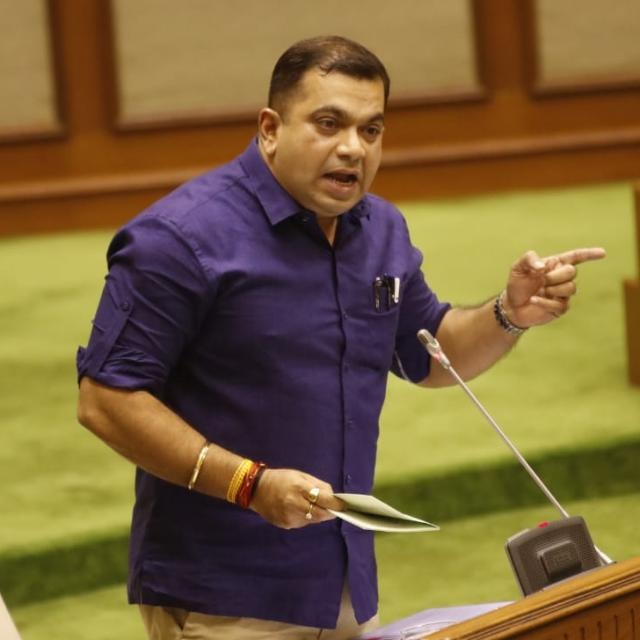 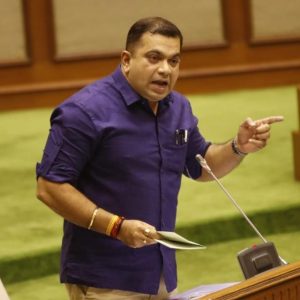 Goemkarponn desk
PANAJI: Amidst allegations of his possible involvement in land grab cases, Minister Rohan Khaunte has demanded a CBI inquiry into the Salvador do Mundo land scam case.
Khaunte was reacting to the allegations made by Former GPCC President Girish Chodankar.
“I am not saying only SIT, but cases should be given to ED and CBI to ensure that the guilty are taken to task, and people get their land back. When I was in the opposition, I was the first person to take up this land grab case in Salvador Mundo,” said Khaunte.
He further said that he was the one who took all the land grab cases through the medium of the State assembly.
“I was voicing my opinion as people were losing the land at the cost of land grabbers; I was the one who asked Chief Minister Pramod Sawant to form SIT to investigate land grab cases. Cases are being investigated today as people are losing their land,” he added.
Reacting to Chodankar’s statement, Khaunte said that his own party people call him a Dalal, and he does not want to talk about the same. 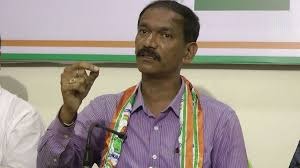 “CM has already given a statement in this regard, and it is not correct on my part to say something else. If the Joker has some information, he should give the information to SIT,” he said.
Chodankar recently alleged that one of the ministers in Goa is involved in a land grabbing case, and investigation officers are not entertaining the complaint lodged in this regard. He had also demanded to sack the minister.
According to Chodakar, a police complaint in this regard was lodged at the Porvorim police station on July 20 by a person named Sales Francisco Fernades, who holds the power of attorney of the said land.
“A complaint was also filed with the vigilance department and the panchayat, but none probed the matter, nor the case was handed over to the SIT,” Chodankar had said.