Nitin Gadkari rules out any changes in MV fine structure 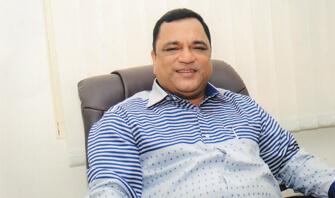 PANJIM: The Union Minister for Road Transport and Highways (MoRTH) Nitin Gadkari has ruled out any changes in the fine structure in the new Motor Vehicle Act.

State Transport Minister Mauvin Godinho today held video conferencing meeting with Gadkari, wherein he pointed out stron opposition raised by people to the fines introduced in the MV Act against the offenders.

Speaking to reporters post meeting, Godinho said that Gadkari has made it clear that centre will not reduce fines of introduced under MV Act, which is been drafted after consulting Transport Ministers from 20 different states

Gadkari has said that the Act enforced to change habit of people, Godinho added.

He informed that a note has been moved before Cabinet for implementation.

The cabinet is set to meet tomorrow.