Only Congress can replace BJP: Chidambaram 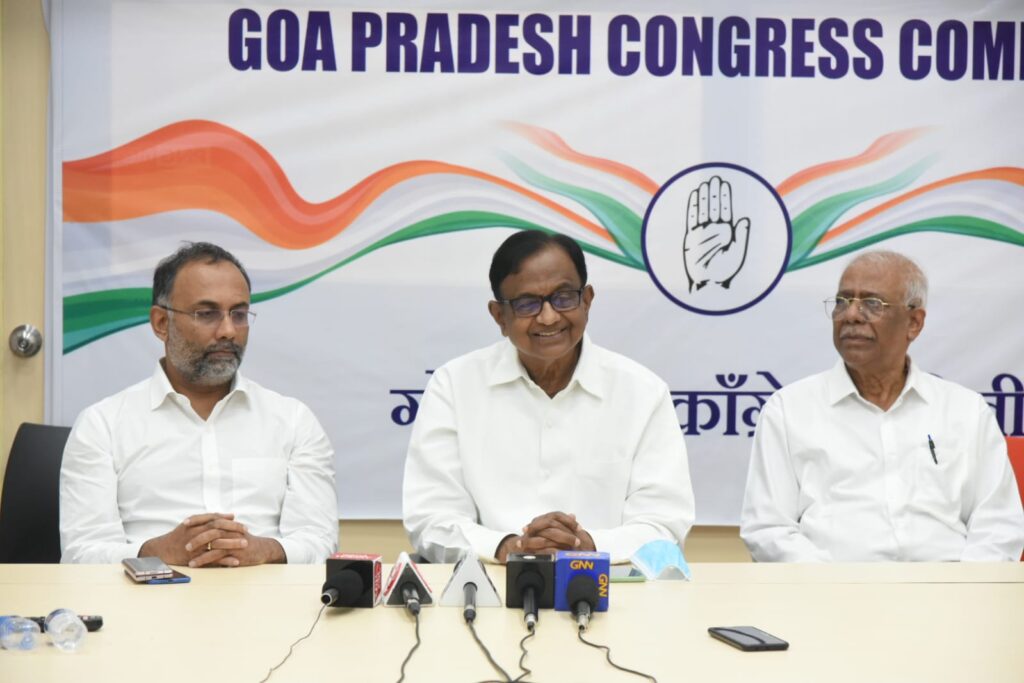 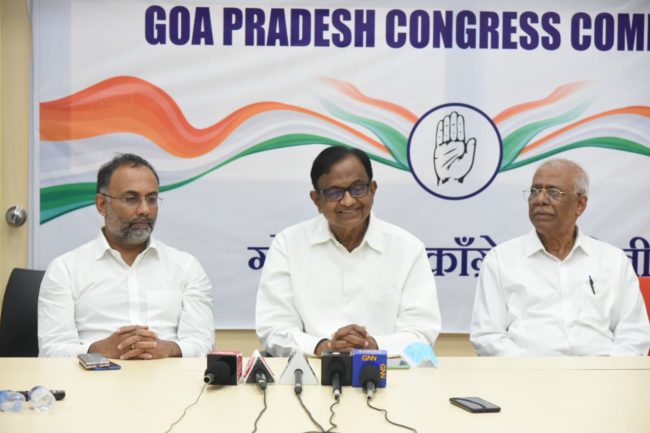 PANAJI: Senior Observer of Congress P. Chidambaram on Saturday said that only Congress can replace BJP in Goa, and he is optimistic about it as feedback is very positive.
P Chidambaram on Saturday addressed a press conference in Panaji and thanked media persons for becoming a bridge between people and the party. “I am thankful to you for covering our programs and reaching them to the people of Goa.” He said.
On occasion, AICC in-charge Dinesh Gundu Rao and Senior Vice President M K Sheih were present.
He said that all the promises made by Congress will be fulfilled once the government is formed.
Replying to a question, P Chidambaram said that the history of defection will not repeat as they are guarding their home very well. “It will not happen again. We will not even have a single minute to form a government after getting a majority.” Chidambaram said.
“We are confident the people of Goa will give an absolute majority to Congress.” He said.
“Our candidates have the political capacity to fulfil the promises and give effective governance. Our MLAs will remain united, and all the promises given in the manifesto will be fulfilled.” He said.
He said that it is the only Congress that aggressively opposed BJP. “Our all senior leaders helped us to campaign in Goa. They visited the constituencies and met people to know their problems and issues.” P Chidambaram said.
He said that Goa has become an election destination for Modi, replying to a question. “He comes to Goa only during elections.” He said.