Only one can win but losing candidates have a good future, too: Cortalim MLA 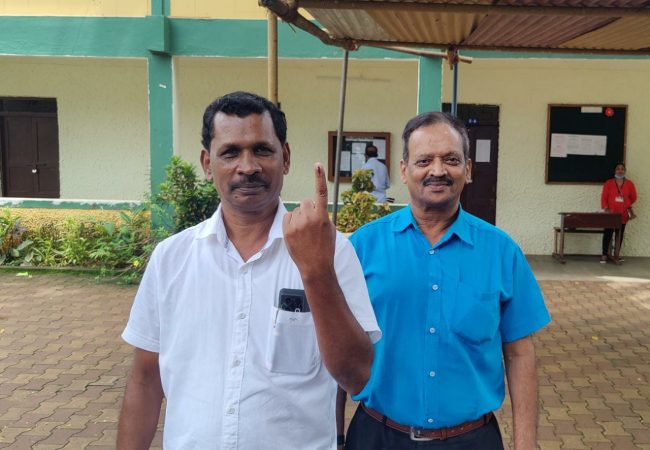 Goemkarponn desk
CORTALIM: Cortalim MLA Anton Vas on Wednesday cast his vote for the panchayat elections and sought to send a clear message that he was willing to support all the candidates, immaterial of political affiliation and whether they win or lose the elections.
Vas speaking to reporters, said that he had not interfered in the panchayat elections.
“It is natural that only one candidate will win and the others may lose, but those people must not lose hope and continue to work for the people because they also have a great future,” he said.
Vas said that he has seen it all in politics.
“I have known that people who work for the people will get their reward. I have seen that people are always with the people who work, and I became a panch, two-time Sarpanch, two-time ZP and finally, an MLA,” he said.
He assured candidates that he would always be there to support them for whatever work they wanted him to do and continue to support them as the MLA.
“Immaterial whether they win or lose and immaterial of their political affiliation. We will all work unitedly for the development of the constituency,” said Vas.