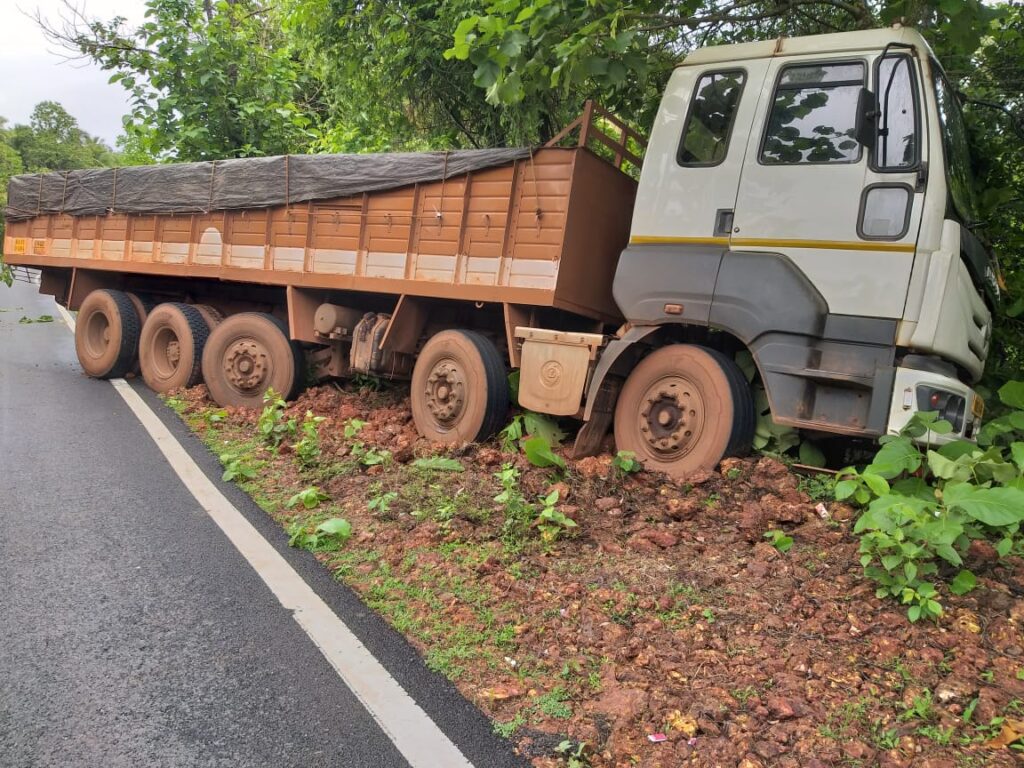 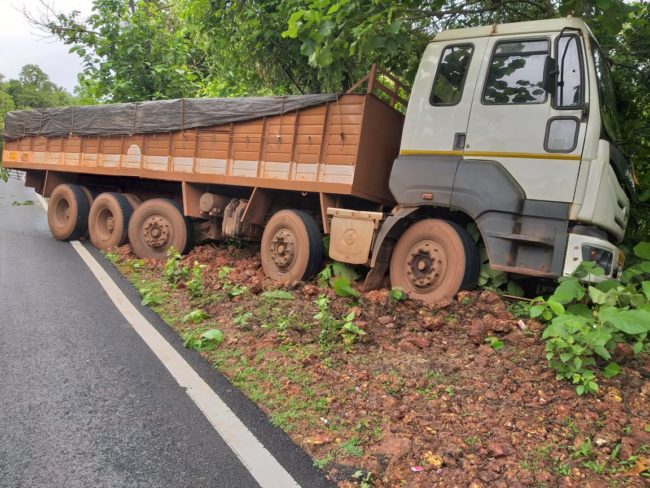 CANACONA – An Inter-State Karnataka-bound truck allegedly overspeeding went off the road but escaped fall at Shellim in Loliem-Polem on Saturday.
According to sources, the KA-22 D-4494 coming from Vasco was headed to Hospet in Karnataka when on reaching Shellim in Loliem-Polem village, it swirled and partly went off the road before it came to a standstill. The driver and cleaner also escaped any injuries.
According to the driver, trying to avoid an oncoming rough and rashly driven Bus, he steered the truck to his left before it went off the road.
However, locals at the site questioned the driver for overspeeding the vehicle. The driver, however, stated his vehicle had Governors to control the speed; he running only at a speed of 40 Kmph and blamed the Bus for rushing and over-speeding on the road.’Many busses drive in haste and put us in trouble. Buses don’t have speed governors to control their speed and create road indiscipline many a time we are falling prey to their misdemeanours.’
Only two days, one after the other, two loaded and interstate lorries have fallen off the road, one tilting on its side and another falling upside down at Gulem in Canacona.
People demanded proper regulations by police to avoid overspeeding on NH-66, which often results in accidents involving other vehicles.