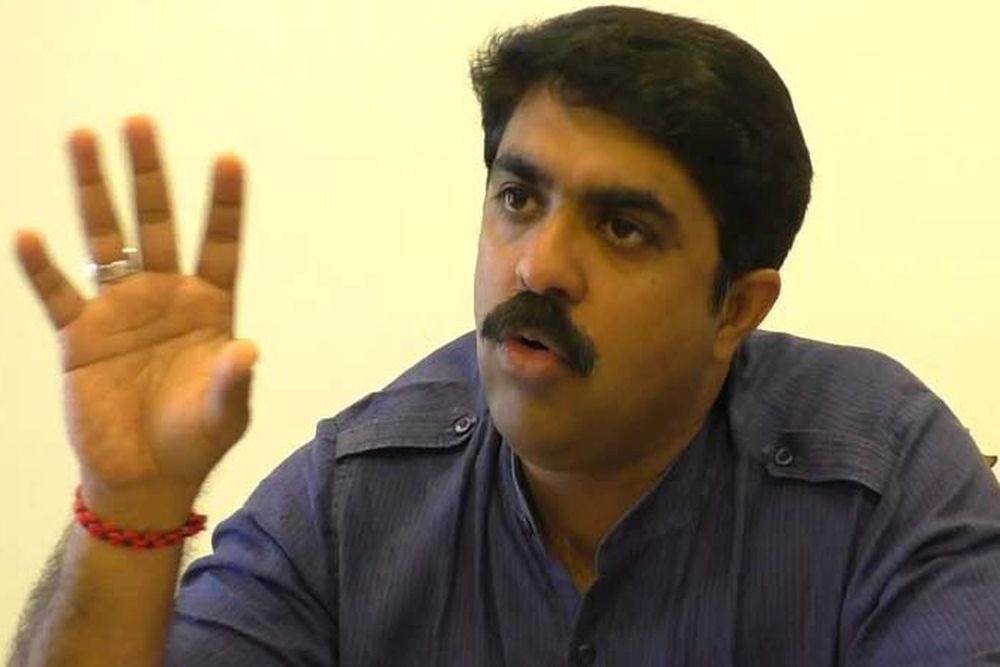 Goemkapronn desk
MARGAO: Hitting out at the BJP government in Goa over the alleged murders in the state, Goa Forward Party president and MLA Vijai Sardesai on Tuesday said that if the situation is not brought under control then the people of Goa will be forced to leave the state and goons will settle here.
Expressing unhappiness over the investigation into the alleged murder of BJP leader Sonali Phogat in Anjuna, Sardesai said that the police are still clueless about the motive for the murder.
“Sonali Phogat’s family is claiming that it is a murder. Accused persons are arrested, but till today police are clueless about motive of the murder,” Sardesai said.
He said that law and order has completely collapsed in Goa as murders are taking place and dead bodies are being found.
“Shootout has taken place in Curchorem because of sand mining. Apart from this other alleged murders have happened in the state in these days. What this suggests is that the state has failed to formulate a proper policy for sand mining or to provide policing for the security of the citizens or to provide leadership for the state,” Sardesai said.
On August 31, a sand extraction worker from Jharkhand was killed while another was critically injured in a firing incident at Curchorem in South Goa. Yusuf Alam, 23, and Mohammed Sahu, 33, were brought to a health centre after the incident. Alam was declared dead, while Sahu was shifted to Goa Medical College for treatment as he was in a critical condition.
“Pramod Sawant is responsible for these failures. I have been always saying that if the mining policy is not proper then Goa will turn into ‘Gangs of Wasseypur’. It will become a reality here. Goans will get fed up of this (crimes) and they will leave the state and these goons will come here and establish themselves,” Sardesai added.
“For this I urge the people of the state to become vigilant. We need to ask Pramod Sawant what is he doing? His focus is only to poach eight MLAs of the Congress and make an opposition-free Goa.”
“People of Goa should ask these eight MLAs why they want to join the BJP in such circumstances,” he said.