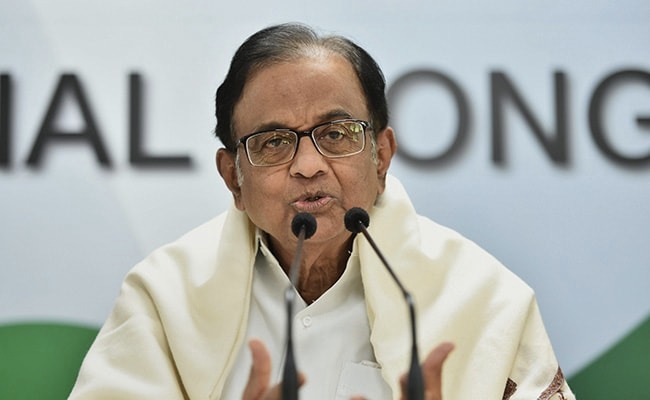 P Chidambaram on Sunday took to twitter to appeal to Goans.

“In the last six months, I have enjoyed the affection of the people of Goa. I and my party have tried to return their affection by fielding a mixed team of new, young, educated and experienced candidates.” He tweeted.

P Chidambaram since last six months, whilst campaigning in Goa, visited many constituencies and interacted with people to know their problems and issues. He has promised to the people of Goa to cancel the coal hub project once the Congress government is formed.

In his tweet he also said “Goa goes to the polls tomorrow (14-2-2022).I have immense faith in the goodness of the people of Goa and their desire to elect a good government that will deliver growth, jobs and security to the people.”

Along with other leaders of Congress, P Chidambaram had also raised voice against ‘job for sale’ and had promised the youths of Goa to make this process transparent through Staff Selection Commission.

“I appeal to the people of Goa to vote for our candidates and give the Congress a clear majority in the new Assembly. Dev bare karu!”he said.

P Chidambaram has reiterated that Congress will not waste even a single minute after getting majority to stake claim of government formation.

“I am optimistic to win these elections as we have respected the sentiments of people of Goa by not giving tickets to defectors. This is the virus we need to eradicate from Goan politics and it is possible if we get an absolute majority.” He said.