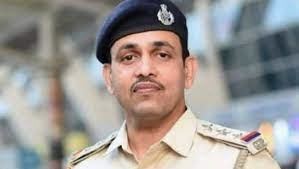 SURAJ NANDREKAR/ Goemkarponn
PANAJI: In a shocking revelation, a Margao-based businessman Floyd Coutinho has written to the Prime Minister, Home Minister and President of India on how the police led by DySP Sagar Ekoskar, SP South and a PSI harassed him for refusing to pay a bribe.
A complaint has been filed Against Dy. S.P Sagar Ekoskar and Superintendent of Police South Goa Abhishek Dhania (IPS) for trying to falsely implicate a South Goa-based businessman, Floyd Coutinho
The complainant, who had previously written to Prime Minister Narendra Modi, Hoem Ministre Amit Shah and the President of India against the aforesaid Dy. SP Sagar Ekoskar highlighting the events in which manner the aforesaid Dy. SP has misused the powers while he
was in office as Police Inspector Main Curtorim Police Station.
“SP South Goa Abhishek Dhania (IPS), DySP Sagar Ekoskar, PSI Tejaskumar Naik, Police Constable Dhiraj Naik and Police Constable Rizwan Sheikh have misused their powers and have opened a LOC against me on the false statement that there is a non-bailable warrant pending against me even though there is no warrant
pending against me,” he said in the complaint.
He said the said Dy. SP has falsely stated before the Superintendent of Police that there is a non-bailable warrant pending against me, and based on the
said false statement/report to the Superintendent of Police South Goa Abhishek Dhania (IPS) has opened the LOC being in connivance with the said Dy. SP Sagar Ekoskar, who had been demanding an enormous
amount of bribe to the tune of Rs. 10,00,00C /- (Rupees Ten Lakhs only).
“Based on Ekoskar, the SP, without applying of mind and without verifying the facts, requested the Joint Secretary Deputy Director/SIC, Intelligence Bureau, Ministry of Home Affairs, Government of India, New Delhi, to open LOC against me in respect of crime No. 139/2020 under section 467, 468, 471, 420, 511 R/W 34 IPC registered before Main Curtorim Police station. My name is nowhere in FIR No:139/2020 (FIR and LOC copy enclosed),” he said.
He said that based on the said false information, the Ministry of Home Affairs, Government of India, opened the said LOC.
“I say that SP South Goa has sent a false report to all higher authorities that there is a Non Bailable Warrant
(NBW) on me, a wrong information report was sent to (i) Goa Human Rights Commission, (il) the Director of Public Grievances through legal and Vigilance Cell (ili) To PMO India and the President of India on the portal (iv) Director General of Police and also in the Gigh Court of Bombay at Goa of writ petition no. 1465/2022, a false affidavit was submitted, which can cause contempt of Court,” he said.
However, Floyd says he has an RTI information from C court JMFC Margao Goa which says no warrant was ever issued on me in crime no: 139/2020.
“I also have the entire roznama of a full case of Court till date. Also, have RTI from police headquarter Margao South Goa from SDPO Margao saying that No Warrant is ever issued on me and to issue a lookout notice (LOC) on
me, first they must have a Non-Bailable Warrant against me; the LOC is issued on a wrong process,” he says.
The case in which Ekoskar has implicated Floyd Coutinho is Crime No. 139/2020 under section 467, 468, 471, 420, 511 R/W 34 IPC registered before Maina Curtorim Police station.
A case was registered against one accused, Mithun, who was arrested on 11/09/2020 and released on bail on 22/09/2020; further, Floyd was even called as a witness on a call letter at the Police Station in the said case.
Accordingly, Floyd’s statement was recorded and made me witness in the Court under section 164 (three copies enclosed).
“Subsequently, when said, Dy. Sp. Sagar Ekoskar took charge of the Maina Curtorim Police Station as Police Inspector, without any just reason, started harassing me with the intent to take of bribery of Rs. 10,00,000/-,” he alleged.

Floyd alleges that Ekoskar is in collusion with the complainant and both of them in connivance with each other to avenge their personal revenge against him and therefore, to settle their scores, they have resorted
to these unlawful tactics
“Also action has to be taken on PSI Depesh Shetkar of Main Curtorim Police Station for submitting wrong information in JMFC C Court, Margao, that a lookout
notice is issued by (SIT) Special Investigation Team, (rozanama copy and RTI of SIT Team enclosed),” he said.
Further, based on the information provided by the concerned Court it is revealed that there is neither any FIR pending against me nor any warrant pending before any court of law.
Floyd further points out that on 11′ November 2021 the Superintendent of Police issued me a Police Clearance Certificate (PCC) Police Report, which
shows that are no pending cases.
“I want to bring this to your notice that the SP South Goa, Superintendent of Police Abhishek
Dhania (IPS) sent a false report saying I have pending trial cases. I also have Court orders in which I m acquitted by the Court; if I have pending cases,”
he said.
He said that the said police personnel had grossly misused their powers to extort money and therefore, Ekoskar had filed complaints against him
before concerned authorities.
“The miscarriage of justice done to me has kept me away from my home in Goa, as they have threatened me that they will falsely implicate me in any other offence and any other Police Station in Goa,” he said.