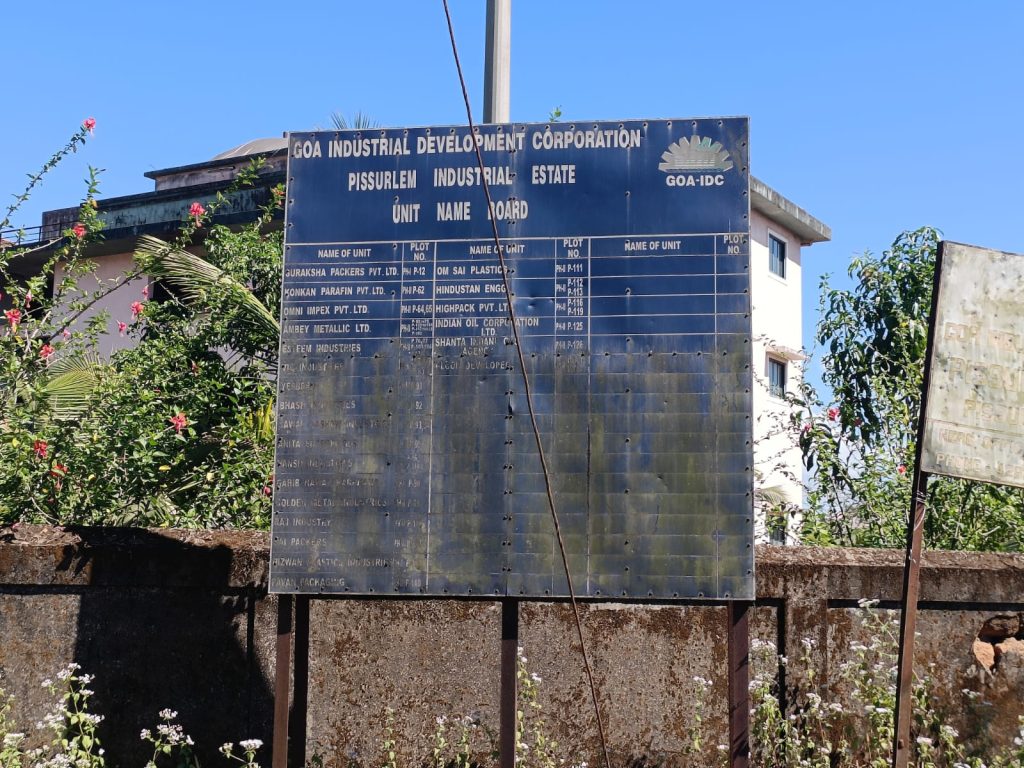 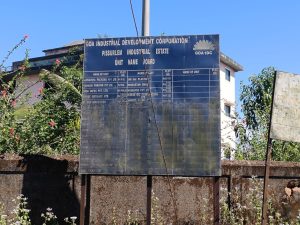 Locals claim that the expansion of Ambey metallic will

HONDA (Sattari): Locals of Sattari have threatened to agitate if the government permits the expansion of Pissurlem Industrial Development Corporation (IDC) based M/s Ambey Metallic Private Limited without taking locals into confidence.

Locals said although the mentioned plant falls under the jurisdiction of Pissurlem VP, it also badly affects the residents of neighbouring VP, Honda.

Expressing grave concern over pollution caused by various industries in Sattari, Environmentalist Rajendra Kerkar said the expansion of the plant will increase the intensity of pollution in the nearby area.

Kerkar said the government has already violated the norms of Wildlife Protection by permitting red-category industries such as Ambey Metallic and Tyre India ltd in close proximity to the forest. 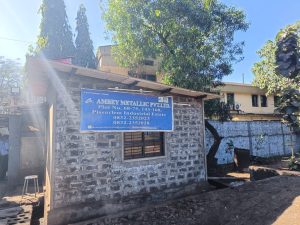 Kerkar cautioned that any further permission given to the expansion of the red category industry or failure to control the pollution will harm ecologically sensitive zones and destroy the rich biodiversity of this area.

He said, “Sattari is already facing health problems besides a drinking water shortage. Any more permissions granted or environmental certificates issued to such polluting industries will create more serious problems in this area”.

Informing that M/s Ambey Metallic Private Limited coming under the jurisdiction of Pissurlem IDC, has proposed to expand the sponge iron unit into an integrated steel plant, Parab claimed that the factory is not only responsible for vast animal suffering but is also contaminating the soil and water bodies of dozens of villages lying in its vicinity.

Stating that the polluting industries have adversely affected the traditional dairy business of Honda and Pissurlem, “These handfuls of corporations that have come to dominate the industry are largely responsible for pushing smaller, family-owned farms out of business. On one hand, farmers are literally struggling to feed their cattle’s with whatever resources that has been left out and the industry is now planning to expand their plant to destroy those handful of resources which are left out. We will not let this happen”, said Parab.

“Ambey metallic has not only failed to give preference to locals in terms of employment but has also failed to provide compensation for environmental pollution and other mandatory facilities to the locals. If this polluting industry is proving no good to the people of Sattari, then why should the locals suffer from ill effects caused on health and environment due to negligence caused from the side of the company” asked Parab.

Explaining the problems the villagers will have to face if the expansion of the plant is permitted, Parab said the expansion will invite excess coal to Sattari.

“With the expansion, the coal handling capacity of the plant is proposed to be increased by 3-4 lakh metric tonnes,” he said.

Elucidating further, Parab claimed a large amount of frequent coal transportation will not only increase dust pollution but will also raise the number of road accidents and cause traffic congestion.

Adding further, Parab said, “With existing units, the Pissurlem IDC is already facing strong water scarcity; how will it cope with the increased water demand once after expansion?” asked Parab.

Stating that the village is not getting benefitted by any means, nor are the villagers employed by this company, Parab feared this expansion would result in a heavy influx of migrants.

Pissurlem local Vithu Parab said the industry is spreading a slow poison in Pissurlem and nearby villages in terms of black poisonous fumes and ash. Demanding that the expansion of this project be scrapped, Vithu said, “Locals have expressed resentment over plans of its expansion at the recently held public hearing. We strongly oppose this expansion project”.

Yet another local Vilas Parab said the industry has been contaminating the soil and causing air, noise and water pollution since its inception. The dark smoke emitted from the industry is harmful, posing a threat to agriculture and horticulture areas in Pissurlem and surrounding areas such as Kumbharkhan, Honda, Dabe, Bhuipal, Saleli, and Harvale.

According to Vilas, respiratory health problems have already started to trouble the locals residing in the vicinity of this industry.

Sagun Wadkar, a Zilla Panchayat member of Honda constituency and former Sarpanch of Village Panchayat Pissurlem, raised a strong demand to pay special attention in this regard.

When contacted, Devanand Parab, Sarpanch VP Pissurlem, said the Panchayat, in its letter, addressed to the Goa State Pollution Control Board (GSPCB), had clearly mentioned the hardship the surrounding residents have to face due to Ambey Metallic plant. He said they have also submitted a copy of objections raised by locals to setting up of new unit to GSPCB.

Stating that Pissurlem IDC-based Tyre India Limited is yet another company which is adding to an existing hardship of people by spreading unbearable pungent smell in the surrounding area, about which the Panchayat has kept the GSPCB informed, Sarpanch said, “So far Panchayat has not received any reply in this regard from GSPCB.

Speaking on a similar line, Shivdas Madkar, Sarpanch, VP Honda, said IDC is bypassing the VP Honda and taking all the decisions.

“The Industrial Estates are functioning as if it is an independent body and has nothing to with the Village Panchayat. Our Panchayat has written to the IDC to provide a detailed report with respect to its content of production, the permissible level of pollution etc., to the VP at an earliest”. He at this time also spoke about the frequent objection raised by residents of the village to the foul smell emitted by the paper mill industry that has been set up in the residential area falling under the jurisdiction of VP Honda.

Dairy farmer Bhagwan Kharwat a dairy farmer from Bhuipal, lamented that the Ambey metallic industry has badly affected their traditional dairy farming business. He said they cannot leave the cattle in open fields for grazing since the hay is covered with a thick layer of coal dust and ash is harmful to cattle. “Coal dust accumulates on the grass, making it risky for the cattle to graze in such fields. Feeding cattle with ash and coal dust accumulated hay badly affects the health of cattle. Polluted food also reduces the amount of milk produced”, said Bhagwan.

Zipro Gaonkar staying in a very close vicinity of Honda IDC, expressed his grievance over the smell emitted by the paper mill. “Emission of foul smell is not just un-bearable giving nauseous feeling but leading to suffocation. We have complained to the company Management several times, but the company is not looking into the grievance sincerely”, said Gaonkar.

Gaonkar added that the polluting paper mill has been built in the heart of the residential area of VP Honda and Pissurlem without taking its ill consequences into consideration. “We tried speaking to the company regarding difficulties they have to face due to the stinking smell, but the company officials, as well as the Panchayat body, are turning a deaf ear to our complaints”.

Sarpanch Madkar said that months back, upon agitation by the locals; the paper mill had stopped releasing chemical waste and had controlled the foul smell. “They have again started releasing waste chemical producing foul smell in the local rivers late at night each day in a separate direction. Panchayat is in the process of taking strict action against the paper mill and has already written to the GSPCB in this regard. Madkar said, “This time a, very stringent action will be taken if the company fails to control the smell”.

It can be noted that Sattari has given shelter to two major IDCs located within the jurisdiction of two VPs viz Pissurlem and Honda, carrying total population strength of approximately 15k. Locals said they are forced to inhale the harmful particles in terms of soot, dust and ash of Ambey metallic plant, toxic tyre-burning fumes of Tyre India Pvt. Ltd. and the strong foul chemical smell of the paper mill.