Sawant govt should learn from Kejriwal how to turn the EV scheme into a success: AAP 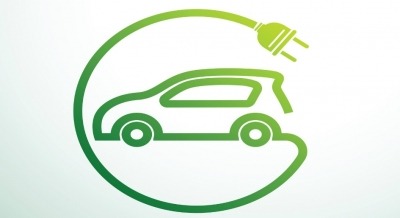 Goemkarponn desk
PANAJI: The Aam Aadmi Party Vice President Adv Surel Tilve criticised the BJP government for ending the subsidy scheme for electric vehicles and stated that the Sawant government should learn from Delhi CM Arvind Kejriwal how to turn the EV scheme into a success rather than scrapping it.
Tilve pointed out that when Goans complained about the high fuel cost, their minister Nilesh Cabral advised that Goans should take advantage of the government’s subsidy programme and purchase electric vehicles. “What advise Cabral would give to the government in light of this decision?” questioned Tilve.
Tilve argued that it was incorrect for the government to abruptly decide to stop providing subsidies. Goans wait for Ganesh Chaturthi and Dusherra to purchase vehicles. Due to this impromptu decision, a person technically had only four days to apply for the programme. For the common people, planning everything out in four days is impossible.
Tilve said, “The EV programme of the AAP government was unveiled in 2020. In the nearly two years since the Delhi government’s Electric Vehicle (EV) Policy came into force, more than 60,000 EVs have been registered in Delhi. On the other hand, the BJP-led government in Goa ended the programme within seven months of implementation”.
“Moreover, more than 2,300 charging stations have been made available by the AAP in less than two years, and many more are currently being built. There are already 150 electric buses running in Delhi, and the AAP government plans to add 2,000 more by the end of 2023. As nearly 10% of EVs are sold, Delhi will soon become the EV capital”, he added.
Tilve further said, “The Sawant government, which mocked AAP National Convener and Delhi CM Arvind Kejriwal’s vision and called it “freebies,” has now utterly failed to put the subsidy programme into action. This demonstrates the BJP government’s lack of vision unequivocally”.
Tilve suggested that rather than trying to copy Arvind Kejriwal’s strategies without understanding how to make them successful, CM Pramod Sawant should be modest and ask the Delhi chief minister to teach him.
In order to encourage the use of electric vehicles, the Goa Electricity Mobility Promotion Policy 2021 was introduced by the BJP government in December 2021. This policy guaranteed subsidies for 11,000 EVs for the next five years. However, the Sawant government, which had set a goal of electrifying 30% of the state’s vehicles by 2025, became the first to discontinue the plan in 2022.